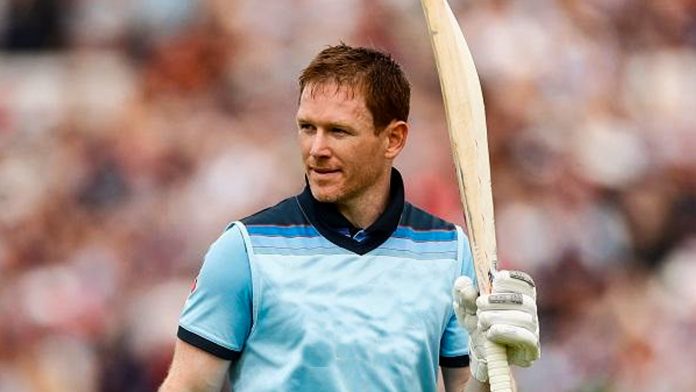 The England skipper, Eoin Morgan after having a close look at the pitch and conditions, opted to bat first after winning the toss. After the sensible innings by Jonny Bairstow(90) and Joe Root(88) in the opening few overs of the innings, it was the time for the Morgan show. The unorthodox left-handed batsman, Eoin Morgan came to bat in the 29th over, and neither the crowd or Afghanistan players could have thought what will happen in the next 20 overs.

Eoin Morgan clubbed 148 runs in just 71 balls that destroyed Afghanistan’s bowling. His fiery knock contains 17 sixes, the most by any batsman in One-Day Internationals history. Previously, Rohit Sharma and AB de Villiers have hit 16 sixes each in one inning. Apart from this due to his innings, many records have been smashed. The highest team total of this World Cup, the highest total for England in the World Cup are some of them.

Eoin Morgan hardly showed emotion during his innings; a usual smile was all after he reached his hundred. After 50 overs, England achieved a high total of 397/6.

To chase such a big target, one of Afghanistan batsman has to play like Morgan, but none of them managed to that. As the result of which Afghanistan only managed to reach 247 runs in their 50 overs. Hence, losing the match by 150 runs margin. Hashmatullah Shahidi was the top scorer for Afghanistan; he played a dazzling knock of 76 runs.

England medium pacer, Jofra Archer and leg spinner, Adil Rashid played their part too. Both of them picked up three wickets each to stop Afghanistan to 247 runs.

England skipper, Eoin Morgan was named as ‘Player of the Match’ for his brilliant 148 runs off 71 balls.