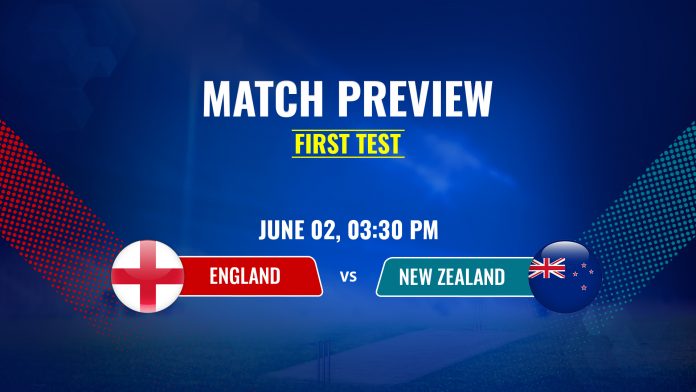 England will kick off their international home-summer 2021 with a Test assignment against WTC Finalists New Zealand. It will be the first meeting between two nations at Lord’s after the thrilling WC 2019 Final.

Test cricket will be back with England’s home summer. England will host Kane Williamson’s New Zealand in two Test matches series. It will be a good series for Kiwis ahead of the World Championship final with India in Southampton.

England will try so many players to get the best team combination for the Ashes. England missed out the WTC final due to their poor show in India where they were thrashed by hosts 3-1. They failed to retain the Ashes when they played Australia at home in 2019. This year, they will play three tough Test series against New Zealand, India, and Australia. The last two series will also part of the World Test Championship 2021-23.

England have rested Sam Curran, Moeen Ali, Chris Woakes, Jos Buttler, Jonny Bairstow, and Ben Stokes from the Test series. Ollie Robinson and James Bracey received call-ups for the Test. Young Haseeb Hameed will be back in England’s squad after making a debut in 2016. Sam Billings can make his Test debut who has replaced injured Ben Foakes. James Bracey could also make his England debut along with Ollie Robinson. It will be a tough call for Joe Root to pick eleven.

Meanwhile, New Zealand would enter as the underdogs and these two Test matches are important to prepare for WTC Final. They last played a Test in January and their last Away Test was in 2020. New Zealand played two away series in WTC 2019-21 and lost four Tests out of five. Their only victory came against Sri Lanka in 2019 and they also suffered a 3-0 whitewash against Australia. Kane’s side is boosted after a winning campaign at home but playing in England would be a tough game for them.

Kiwis haven’t won a Test series since 22 years in England and the pressure would remain the same. Devon Conway earned the Test call-up and he will get the Test debut after an impressive home summer. He will open with Tom Latham. Colin de Grandhomme may get the game after missing out so many games due to injury. Trent Boult will play directly in WTC Final so Blackcaps will play three pacers out of Neil Wagner, Matt Henry, Tim Southee, and Kyle Jamieson. Ajaz Patel would be the only spinner.

Lord’s surface is good for batting but we can see the rain spoiling the game on the last three days. Toss will be important considering the overcast condition. Spin might be crucial on day 4 and day 5 but rain would surely affect the quality of the game. Pacers can take an extra swing in rainy conditions.

Leading run-getter in Tests in 2021 with 3 hundred

Would be effective in morning sessions

Coming off a blistering Test form, stands first in rankings