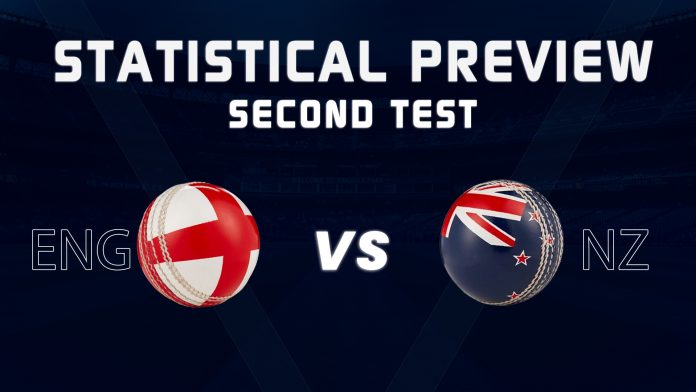 New Zealand will look to win their second consecutive series against England when they will enter the Seddon Park for the second and final Test of the series in Hamilton. The home side won the first Test against England comprehensively by an innings and 65 runs. The visitors, on the other hand, will look to bounce back with a bang. England skipper Joe Root will be under the pump after the last defeat as England lost their 14th Test under his leadership. Root’s form with the bat has also been under the scrutiny as the batsman managed to score just 13 runs across two innings. With the series on the line, the batsman shall put in efforts to turn things 180 degrees in the upcoming game.

Here are all the important statistics ahead of the second Test between New Zealand and England:

73.25 – Kane Williamson's Test batting average at Seddon Park in Hamilton. The Kiwi skipper has scored 879 runs in 14 innings with three hundred and five fifties at this venue.