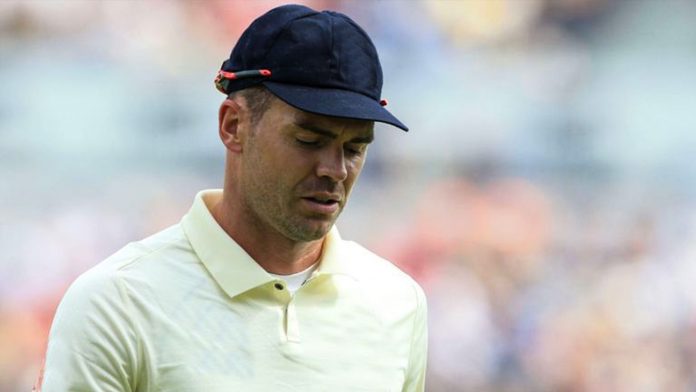 England speedster James Anderson has been ruled out of the second encounter after sustaining calf injury in the first Ashes Test against Australia. Anderson managed to bowl four overs in the first Test and was advised to leave the field by the team physio as he experienced tightness in the right calf. Eventually, he didn’t take further part in the Test match. However, the 37-year-old came out to bat in both the innings.

After two MRI scans, it was revealed the calf – the same one he tore against Durham in a County Championship match for Lancashire on July 2 – has been damaged further. He will now miss the next fixture which starts at Lord's on Wednesday, August 14 and begins his rehabilitation with a view to playing some part in the final three matches.

The three lions suffered a horrific defeat against Australia in the first of five-match Test series and World Champions were further slumped after James Anderson’s absence.

It is further reported that Jofra Archer, who was England’s x-factor in the recently concluded ICC World Cup 2019 is likely to play his first Test.

Further, the England selectors may well go for experienced campaigner Sam Curran who has done considerably well in the Test circuit so far. Curran was highly impressive against India and may well help England to get back on track.

Olly Stone, who featured against Ireland is another candidate who can replace James Anderson into the squad. Stone had a decent outing and scalped three wickets for 29 runs which eventually had helped Englishmen upstage Ireland.