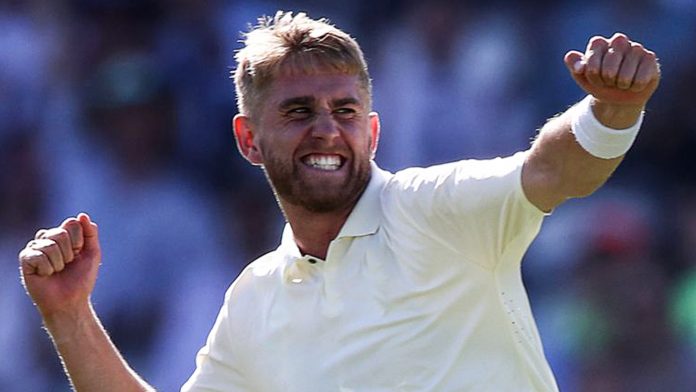 England team face another setback ahead of the second Ashes Test after Olly Stone getting sidelined for at least two weeks after sustaining an injury to his left lower back in training on Tuesday in Edgbaston on Wednesday.

Stone, who made his Test debut against Ireland last month, had earlier been released from the Ashes squad to feature in the T20 Blast but has now been out of contention.

"At the moment there's a bit of inflammation, but he will undergo a scan later this afternoon so that we know the full course of treatment that he can undertake with the club's medical team and with the support of the ECB," Warwickshire's Sports Director Paul Farbrace said.

"In the meantime, he needs to rest up before he can get his body strong again and ready to deal with the demands of being a fast bowler," Farbrace added.

Meanwhile, James Anderson has also been ruled out of the second encounter after sustaining calf injury in the first Ashes Test against Australia. Anderson managed to bowl four overs in the first Test and was advised to leave the field by the team physio as he experienced tightness in the right calf. Eventually, he didn’t take further part in the Test match. However, the 37-year-old came out to bat in both the innings.

After two MRI scans, it was revealed the calf – the same one he tore against Durham in a County Championship match for Lancashire on July 2 – has been damaged further. He will now miss the next fixture which starts at Lord's on Wednesday, August 14 and begins his rehabilitation with a view to playing some part in the final three matches.