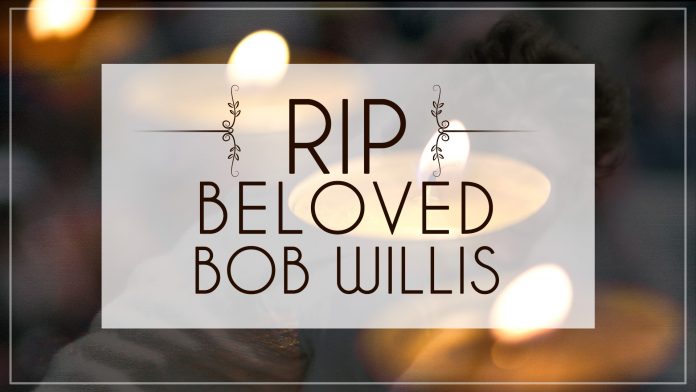 The mightiest of fast bowlers, one of the finest English players and the titan among pundits, Bob Willis, passes away at the age of 70 after a prolong illness. Bob Willis had a persona like no other – a gentle and humorous soul with towering significance. He was an iconic fast-bowling survivor, one of the best Test captains, a long-term leading England wicket-taker and later, a meticulous manager. He captivated every cricket lover with his charisma and was admired across the globe for his work. His demise is an irreplaceable loss to sports world.

Willis’ family said in a statement, "We are heartbroken to lose our beloved Bob, who was an incredible husband, father, brother and grandfather. He made a huge impact on everybody he knew and we will miss him terribly."

Three years ago, Willis was diagnosed with prostate cancer and since the disease had advanced in the last two months, his health conditions had started deteriorating.

Let’s take a look back at the beautiful journey of this veteran.

Willis spearheaded England in 90 Tests in his 13 year-long international career (1971-1984), finishing with 325 wickets at 25.2 – fourth-best for England. He is widely remembered for his triumphant Headingly Test victory over Australia in 1981. He was nicknamed as ‘Goose’ because of his bowling action and his compelling sight with the ball in hand. In 1973, he made his ODI debut and played in 1979 World Cup, despite suffering from knee injuries. On the occasion of England's 1000th Test in August 2018, Willis was selected as the country's greatest Test XI by the ECB.

Bob as a commentator

After accomplishing his playing career, he debuted as a king-pin commentator in 1991 and partnered with his former teammate Botham on the Sky Network. He emerged as a tyrannical commentator because he was one of the harshest critics of players. He expressed his opinions without ever boasting about how he was telling what he thought.

The cricketing world is shattered by his demise

As the news of Bob’s death came out, the renowned sports personalities across the globe began paying tribute to this man who embodied the very best of heart, wit and soul.

Bob’s fellow former England player, Paul Allot, said, “Beneath that quite stern exterior that he portrayed on Sky Sports there was a heart of gold.”

England Captain Joe Root tweeted, “A true England great. Fantastic player, pundit and a lovely man with a great sense of humour. Love to all his close family and friends as well.”

The England and Wales Cricket Board (ECB) said in a statement, “Everyone at the ECB sends sincere condolences to his family. Cricket has lost a dear friend.”

Willis family has requested for privacy at this moment to mourn the passing of Bob and urges that in place of flowers, donations should be made to Prostate Cancer UK.