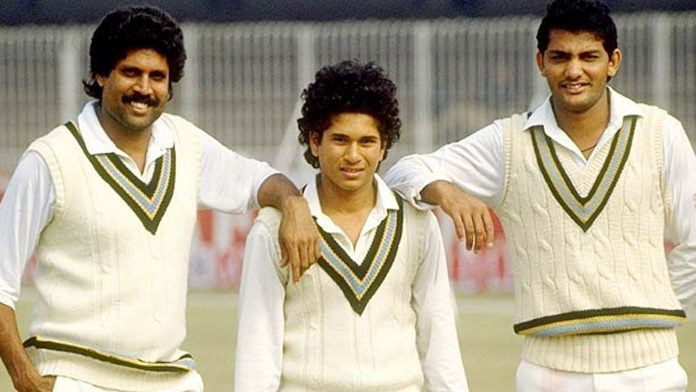 Do you also consider yourself to be a cricket encyclopedia, taking after your love, passion, and knowledge of the game? Well, we have something that might burst your bubble. Spending hours at researching we have found some very interesting and lesser-known cricket facts that can help you testify whether you are a die-hard cricket fan of now. Let’s move forward towards such interesting facts to explore more.

The Only “Out for a Duck” of Sachin’s Ranji Career

Sachin Tendulkar was dismissed for a score of 0, known as “Out for a Duck” for only once in his long-lived Ranji Trophy career. The player who dismissed Sachin for a duck for the first time in the player’s domestic cricket was none other than our Right-arm medium bowler Bhuvneshwar Kumar, who was playing for Uttar Pradesh at the time. It took a very long time for the realization to strike Kumar that he has actually dismissed the God of Cricket for a duck.

Two prominent players of Indian cricket teams who their names scribed in golden letters for a terrific contribution to the games were Stumped only once in their entire international Test cricket career.  And the interesting part is, both the players were dismissed by England’s spinner Ashley Giles.

Four Consecutive Man of the Match Awards in ODIs

Lala Amarnath: The only bowler to dismiss Sir Don Bradman for a hit wicket

The legendary player Sir Don Bradman was dismissed for a hit-wicket in the Test cricket for only once in his entire career which was an unexpected event looking at the player’s skills. And, the player to make the unexpected turn reality was India’ champion Lala Amarnath.

Celebrating a big wicket is every bowler’s right, but it came as an unbeatable challenge for Brad Hogg. It once happened that Brad Hogg dismissed Tendulkar and asked him to sign a photograph of the dismissal as a memory. Sachin did sign the picture but wrote: “It will never happen again.” Again like a true gentleman, he stood by his words, not letting the event occur again.

India and its Tale of Victories

India and the tale of its victories is very long to summarize. But do you know that the Blue Army is the only country in the world to have won all 60-over, 50-over and 20-over World Cup battles?

Mohammed Azharuddin who gained a lot of popularity due to various controversies apart from his unmatchable cricketing skills is the only player to have scored three centuries in the first three test matches he played.