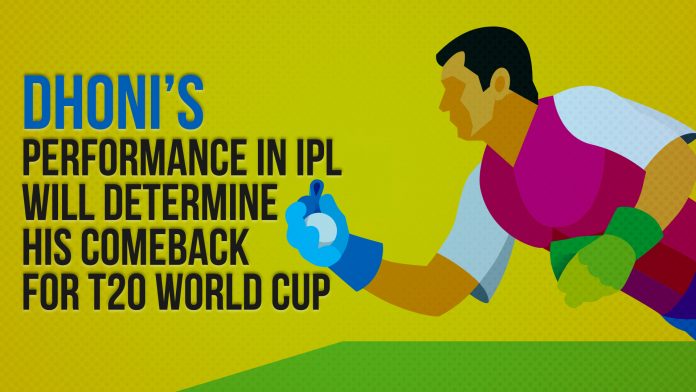 Recently, a source close to MS Dhoni stated that he will take the final call on his future after IPL 2020. MSD has been on a sabbatical for quite a long time. He has been away from international cricket since India’s semi-final exit from the World Cup in England in July. Moreover, he missed out on the tour to West Indies and did not feature in the home series against South Africa and Bangladesh as well.

Being one of India's greatest match-winners in the shorter formats, people expect him to make a mind-blowing comeback anytime soon. Especially since he was spotted practising at the nets with the Jharkhand side, which sparked speculations about his return. He also plans to skip the upcoming white-ball assignment against West Indies, starting from December 6.

India coach Ravi Shastri, who has been one of the greatest supporters of Dhoni against critics, has expressed his thoughts on Dhoni’s comeback. While chief selector MSK Prasad stated that selectors panel is “moving on” from Dhoni, Shastri has provided a little of bit of clarity on MSD’s return. He said, “It all depends on when he starts playing and how he is playing during the IPL.”

Shastri believes that the IPL set would be the last massive T20 engagement before the World Cup in Australia, which would more or less decide the 15-member squad. He would keep a keen eye on Dhoni’s performance. In simple words, Dhoni’s future depends on how he fares for Chennai Super Kings (CSK).

He added, “What I would say is rather than speculating of who is where, wait for the IPL to get over and then you are in a position to take a call on who are the best 17 in the country." Ravi Shastri wants to gauge where Dhoni stands with his own form. So, the next year is going to be crucial.