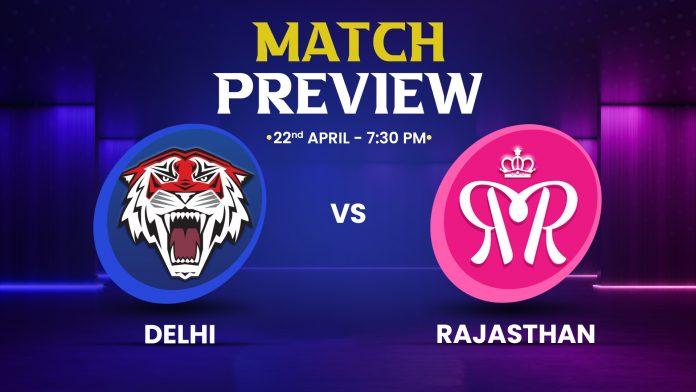 Delhi had to adjust a lot before their last match with Punjab. Unfortunately, multiple personnel of the team were tested positive for COVID 19. However, the team didn’t seem unphased with this bump and won the match against Punjab in a dominating fashion. Former Hyderabad skipper David Warner hit 60 runs with the bat.

The bowling unit of Delhi were on the top of their games as Kuldeep Yadav, Axar Patel, Lalit Singh, Khaleel Ahmed took two wickets for the team. This latest win would surely boost the confidence of the team.

Rajasthan defeated Kolkata in a nail-biter. Jos Buttler hit another century of this season with his brilliant knock of 103 runs. The rest of the batting lineup also assisted Buttler and kept the scoreboard running.

Yuzvendra Chahal delivered the best performance of his lifestyle where he took 5 wickets for his team. Chahal also took a hattrick and sent back Shreyas Iyer, Shivam Mavi and Pat Cummins back in the dressing room. The Rajasthan team must be amped up for their next match after this performance.

The pitch at the Wankhede Stadium assists the batsman as revealed by the average score of 180 runs. A true pitch, short boundaries and quick outfield often help the batsman and this time too we will have some high-scoring matches.

The weather for April 22nd is predicted to have clear skies. However, the dew factor will come into play in the later stages of the match.

David Warner is a Delhi left-handed batsman. He’s already hit 191 runs in this tournament and will be one of the best fantasy choices.

Prithvi Shaw is a Delhi right-handed batsman. He has piled up 217 runs in this tournament so far, and he has the ability to score big runs in this match as well.

Yuzvendra Chahal is the highest wicket taker in the Indian T20 League so far. With 17 wickets to his name, Chahal has really changed the fate for Rajasthan.

Delhi’s Rishabh Pant is a left-handed wicketkeeper-batsman. He’s hit 144 runs in this tournament so far, and he’ll be hoping to continue his success here.

Suggested Playing XI No.1 for Delhi vs Rajasthan MyTeam11 Team:

Suggested Playing XI No.2 for Delhi vs Rajasthan MyTeam11 Team: