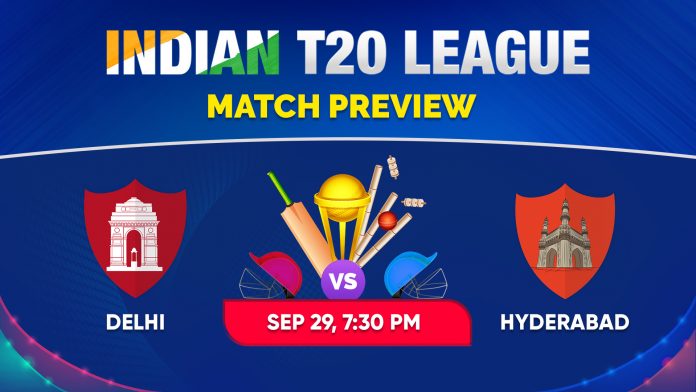 The table-topper Delhi gets an easy assignment with Hyderabad, a side who is suffering through its own issues. Delhi confidentially broke their Chennai jinx last week to get their second straight victory, following a Rabada-Stoinis rescue against Punjab. Shaw and Dhawan put a solid stand and the duo Iyer-Pant carried their side to an imposing total of 175. Delhi’s bowling unit kept Chennai batsmen silent and restricted them on a mere score of 131. The spin options are boosting Delhi side as the UAE tracks are getting slower. Ponting would also focus on weak points as well as Iyer batted slowly despite getting a good start. Stoinis didn’t get enough balls and Delhi didn’t convert a good start to a big total. They have victories in the bag so they can inspire themselves with the positives.

On the other hand, Hyderabad is still finding their best combination and they have already suffered two consecutive defeats. In previous Kolkata game, they decided to bat which went into a bad idea. Warner couldn’t capitalise the good start and trapped into the spin. Saha and Pandey put a good stand but the number of dot balls made things worse for Hyderabad. The wickets were in hand but the boundaries were missing. Against the spin, Hyderabad failed to draw any attention and put an average score. With the ball, they failed to show some fight as Kolkata chased down the target easily. Warner requires firepower in death-overs and balance in middle-overs. The batting unit is still their most affected part as the bowlers are doing their job very well. The changes are expected but will Warner take Williamson to boost middle-overs, the question might be haunted them until they don’t find a confidence-boosting win.

Sheikh Zayed Stadium is different from other ground, a perfect T20 surface which offers a balance between bat and ball. The track is getting slower and spinners might be in command. They can control wickets and pick breakthroughs in middle-overs. Batting first is an ideal call, despite a different winning ratio.