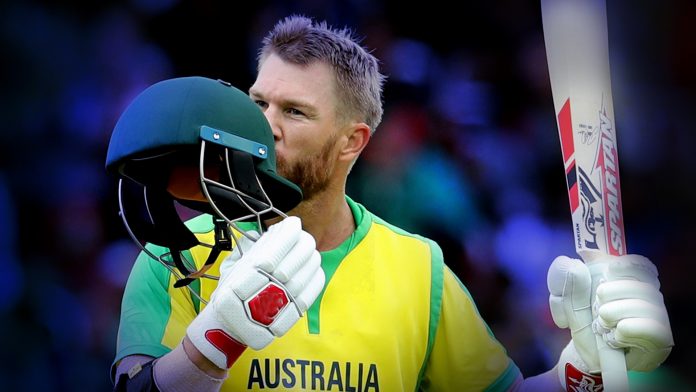 After serving one year ban due to the 2018 ball tampering controversy, the left handed Australian opener, David Warner’s game has gone to a different level and proved the fact that an injured lion is ever more dangerous. His thumping innings of 166 runs against Bangladesh made him the first batsman in the World Cup history to cross the 150 run mark twice. He has hit 14 fours and 5 sixes in his 166 runs knock.

On the day when there was proper sunshine in England, Australian skipper, Aaron Finch won the toss and decided to bat first. The decision proved to be a boon for the Aussies as their opening pair, Aaron Finch and David Warner stitched 121 runs for the first wicket that laid the foundation for the big score at front.

After the dismissal of Aaron Finch in the 21st over of the innings, it was the time for Warner and Khawaja show. Both of them added 192 runs for the second wicket that shifted the momentum completely towards theKangaroos. At the end Glenn Maxwell’s 10 balls 32 runs followed by Marcus Stoinis‘ 11 balls 17 runs took the Australian team to 381 runs in their 50 overs, the second highest team total of this tournament.

Achieving such a huge total is always going to be a difficult task. And the same happened, the Bangla tigers managedto reach only 333 runs while chasing, falling short by 48 runs. None of the Bangladeshi batsman other than Mushfiqur Rahim showed the determination to fight. The Bangladesh wicket-keeper batsman became the third Bangladeshi batsman to score a century in World Cup. He played a mind boggling innings of 102 that contained 9 fours and a six. Other than him, Mahmudullah scored 69 runs off 50 balls.

David Warner bagged the ‘Player of the match’ award for his excellent 166 runs innings.