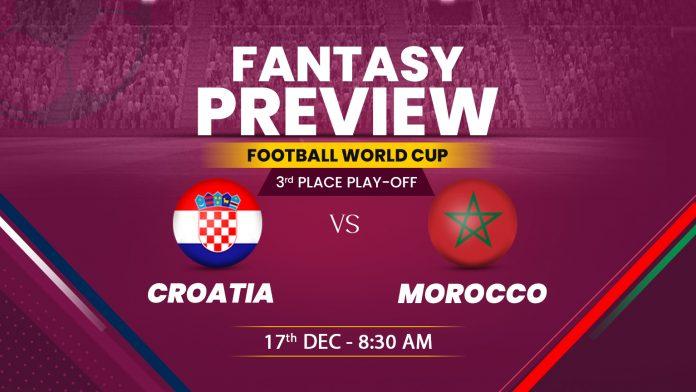 On Saturday, Croatia vs Morocco match will take place at the Khalifa International Stadium in order to determine which team will earn a bronze medal at the 2022 World Cup. Both teams will be eager to secure this prestigious podium finish after being defeated in the semifinals – Croatia lost 3-0 to Argentina and Morocco fell 2-0 to France. Despite the disappointment of not making it to the final, the opportunity to earn a bronze medal is one that neither team will want to pass up.

The Checkered Ones came really close before getting knocked out by the Argentines. In the 2018 edition of the Football World Cup, Croatia almost defeated France to lift the cup. This year, Croatia proved their prowess during the extra time and penalty shootouts. In the match for third place, the Golden Generation of the Croatia national team would look to exit the tournament on a high note.

Morocco entered the Football World Cup 2022 as underdogs. However, what unfolded in front of the world was magical. Morocco defeated the likes of Spain, Belgium and Portugal to reach the semi-finals of the tournament. By doing so, Morocco became the first African country to reach the semi-finals in the tournament’s history. Now playing for the bronze medal, the Atlas Lions would like to create history against Croatia.

M. Brozovic (Croatia): Brozovic is a tenacious defensive midfielder with a very high defensive and offensive work rate. On counter-attacks, he has the ability to play line-breaking passes. He will be the one player key to Croatia’s success in the fight for third place.

H. Ziyech (Morocco): The PSG full-back is known for his explosive pace and will be lethal on the right wing alongside Ziyech. Morocco generally sits back in defense relying on their defenders and counter-attack at every given opportunity through Hakimi.