Cricketizing PUBG: If Known Players from Cricket Battle Ground were from PUBG 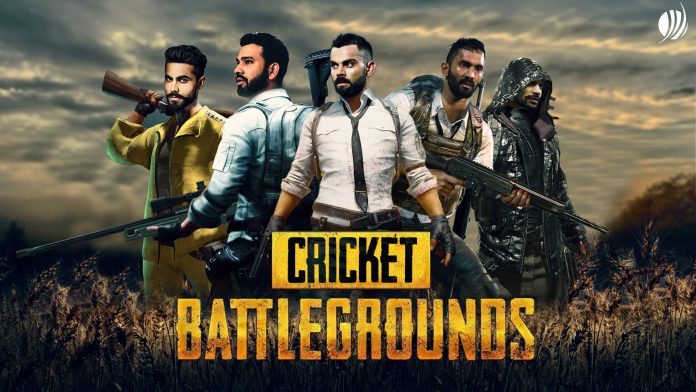 Ye PUBG wala hai kya? If you too have this question in mind, we advise you to get out of that 90’s bed and step up in 2019. PUBG or Player Unknown BattleGround has been the second most talked about thing after Virat Kohli, since last year. This surely has been one ‘well’ of a cricket season for India. It’s definitely a ‘Big Deal’ Knocking Australia down at their home and hence, team India has been high on ‘JOSH’ ever since. But just in order to stretch this winning streak, the Blue army has been brutally dominating over New Zealand in this ongoing series too. In the honor of our cricket army, we have crafted this special story comparing Indian cricketers with the most destructive guns from PUBG.

Wanna know what gun Dhoni is? Keep scrolling down to find out.

To begin with, we will pick the leading man of the Indian cricket team, Virat Kohli. If you too love chasing the AirDrops, you’d have had a chance to avail the most destructive gun, M249, at least once in your PUBG career. With a massive ammo round of 100 bullets, M249 is undoubtedly every PUBG addict’s favorite. 100, Rare, Destructive & Everyone’s favorite, Both Virat & M249 have these factors in common. A comparison between the Run-Machine and Machine-Gun won’t be wrong.

The finisher, the leader, the champion, or the best keeper, MS Dhoni is definitely a player to rely on. You know when things get out of hands, and it’s for the team to win, it’s MS Dhoni who is looked upon to make ends meet. While the most-stable and reliable gun, DP28, is MSD of PUBG. The long-lasting power, the high stability, and reliability of DP28 perfectly match with that of MSD.

All or Nothing! Ro-Hit-man Sharma wholeheartedly believes in this saying and makes sure to implement this on the field, every time he steps out to bat. Same goes with The AWM sniper which can enhance your kill-count by one in just one shot. Yes, the opponent is either dead in a shot or will run away living, if shot missed. AWM is powerful enough to destroy the opponents single-handedly, is just like “Sharma Ji ki Ladka,” who is known for scoring double centuries as if it’s a cake walk.

Hardik Pandya has managed to be on air for quite a long time now and has proved to be one of the most important all-rounders of team India. Just like the KAR-98 which is powerful and homes an all-around performance having perfect stability, potential of high damage and ability to shoot even at a very far distant, Pandya too has experience in nailing the sixes out of the ground, and can prove to be the killer-next door on the ground with fielding, batting and bowling skills.

Jasprit Bumrah, who is known for his impeccable bowling skills and is a prominent choice for short formats, and has been captain’s pick whenever an opponent is out there with a destructive mindset. Well, the same goes with UMP-9, this short range semi-machine gun is just way too perfect to shoot down your competitors. Close-combat battles are just the UMP-9 thing. Also, UMP-9 gets way more destructive when equipped with a suppressor just as Bumrah turns into a terminator in death overs.

“Gabbar,” the nickname of the player itself suggests how cranky he is in nature. Once he is in form, no one can spare you from his wrath, and he’ll keep on hitting you for boundaries. The Mini 14 which is one of those most destructive and powerful weapons which pick & row down your opponents even at a far-away distance, is a perfect match for this Man in Blue.

The man who team India reaches out in times of downfall, Kuldeep Yadav, is an exceptional chinaman who perceives his accuracy as the core power. Well, just like the SCAR-L which you pick when you are looking for some accurate, powerful and high damage shots. Kuldeep, on the other hand, is just the perfect synonym of destruction for opponents. Thus, a perfect match.

UZI or Yuzi, the gun, and Chahal not only share the same nicknames but same traits too. Well, the nickname can be a reason for comparison, but they both have something else too in common. Both of them are small in size but are known for the damage they can cause. In short, they are the “Chhota Packet Bada Dhamaka” packets. Chahal controlling the opponents in a short format game is just the right personification of using UZI in short-distance combat.

You too have a thing for M416? Striking superfast with utmost accuracy. That is M416 for you. Yes, most of us do use that killer weapon, and the same is with Men in Blue. But instead of M416 (that’s not how it works in cricket and of course, they cannot), they use Mohammed Shami, the powerful, the super fast, reliable and stable bowler, being India’s favorite pick for hauling superfast wickets.

Dinesh Karthik deserves to be on this list. The perfect match for the player from the war ground of PUBG will be the AKM. This modernized variant of AK-47 is effective but not always, just like Dinesh Karthik who does not always come handy. If he his hitting, he’ll go on to score centuries, if not then might be he’ll be walking back for a Duck. Same goes with AKM as it can prove to be a sheer damage enhancer but unfortunately, is not friends with stability.

This sexy manly beardo (*wink, wink*) is not just a style statement but team India’s escape against competitors in short formats. Just like the short range shotgun, S1897, Jadeja is just the ideal fit-in, accurate and certified with high-performance levels. Loud, disastrous and stable are the common features that Sir Jadeja and the S1897 possess in.

These are the Indian players that can surely help you taste “Chicken Dinner.” If you too are a PUBG addict then let us know which one is your favorite guns for the game, and which is the perfect comparison from the ones above. To stay updated with the latest sports stuff, keep reading MyTeam11.