Cricket World Cup: A lookback at the first five hat-tricks in the ICC World Cup. 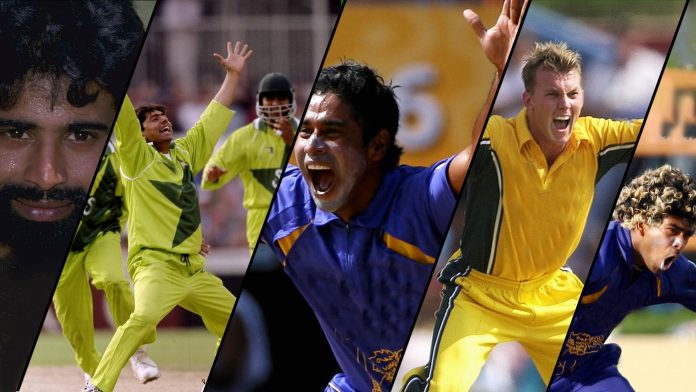 Pakistan’s right-arm off-break bowler, Saqlain Mustaq took the second hat-trick in the World Cup. After the gap of 12 years, playing against Zimbabwe in the 1999 World Cup, the spinner dismissed Henry Olonga, Adam Huckle and Pommie Mbangwa to join the list.

The legendary Sri Lankan left-arm pacer, Chaminda Vaas became the third bowler in the World Cup to take a hat -trick. In the 2003 World Cup, against Bangladesh, he took back to back three wickets in the first three balls of the match sending Hannan Sarkar, Mohammad Ashraful and Ehsanul Haque to pavilion.

Former Australian speed gun, Brett Lee became the second bowler in 2003 and fourth in the overall World Cup history to pick up a hat-trick. He accomplished this milestone against Kenya in Durban. He exploited Kenya’s batting line up after dismissing Kennedy Ontieno, Brijal Patel and David Obuya in three successive deliveries.

In the 2011 World cup the veteran pacer, Lasith Malinga destroyed Kenya ‘s batting line up to take his second hat trick in the World Cup, the first bowler in the World cup history to pick two hat-tricks.

Follow MyTeam11 for more updates and information about the past records and latest happenings in the Sports World.