Cricket players and the tale of their weird superstitious beliefs 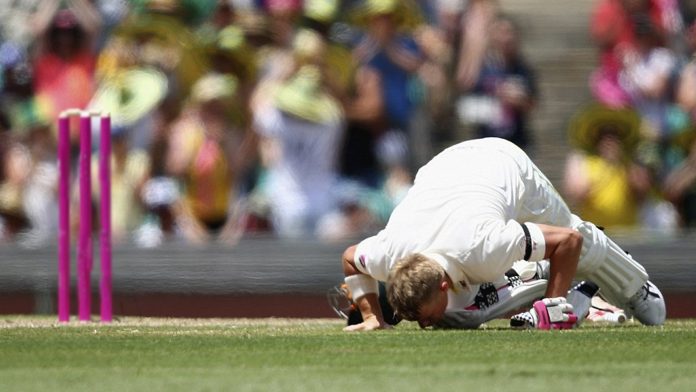 Do you have a particular shirt in your wardrobe which when worn is believed to bring you good luck or do you wait for a while if a black cat crosses your path? We all have certain beliefs or say superstitions that we believe work to bring us good fortune. Well, do you know our cricket legends have the same mindset as ours & they too have certain habits that they think help them achieve great milestones? Let’s see what are the weirdest superstitious beliefs of cricketers.

The No Duck Rule

The superstitious beliefs of cricketers were not just summoned to things and place but to their food too. Steve Smith, the Australian skipper, was very peculiar about his diet prior to a match. As in cricket terminology duck refers to an individual getting out without scoring a single run, the player used to avoid having duck before any of the matches. However, this superstition of the player was not long-lived as he mistakenly had duck before the Ashes Test held at Lord’s in the year 2015 and went on to score the then best of his cricket, a score of 215 remaining unbeaten throughout.

Numberless Jersey: The key to Success

Players used to keep their lucky numbers as their jersey number, but it was something opposite in the case of Virender Sehwag. The “Sultan of Multan” used to wear a jersey with the number 44 engraved on it amid the beginning of his career. However, the number didn’t seem to bring him any good luck & the player failed to create magic on the field. Then, talking to his numerologist, Sehwag dropped the number 44 jersey & started wearing a numberless jersey, and from then the player never looked back.

The tell-a-tale of numbers

Where some players avoid getting a number on their jerseys, some other legends believe their jersey number bought them good fortune. The former Indian Captain, MS Dhoni was very specific about number 7. Captain Cool was born on 7th July & thus, the legend considers 7 to be his lucky number & has kept it as his jersey number.

Well, Dhoni is not the only player to sport his lucky number as his jersey number. Indian player Yuvraj Singh, known for hitting 6 sixes in six balls, share similar beliefs. Born on the 12th day if the 12th month in Sector 12 at 12 noon, the player believes he has a strong connection with the number 12. Thus, consider 12 to be his lucky number, Yuvraj sports 12 as his jersey number.

Kiss before you hit

It is always taught to respect your work & profession. Well, Sri Lankan player, Lasith Malinga took the teaching very seriously and is known to have great respect for his game which is his profession. The right-arm fast bowler known for his superfast bowling had a strange belief. The player was seen kissing the bowl before every delivery. Moreover, talking about this habit of his, the player was quoted as saying, “I have the greatest respect for the cricket ball.”

The Pad up procedure

These are some of the weird superstitions that our cricket world legends believed upon to create magic with their performance. Do you have any such superstitious beliefs? If yes then do let us know, till then keep watching this space for more interesting sports feed.

Share
Facebook
Twitter
Previous articleIND vs WI: Blue Army wraps the series with a 3-0 victory
Next articleJourney of Rags to Riches: The Past Professions of 7 Cricket Legends