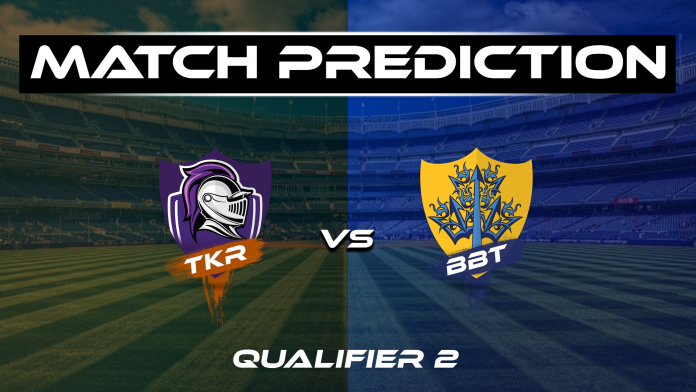 After entertaining the audience with action-packed encounters, the CPL 2019 is heading towards the final countdown, all set to crown this year’s champion soon. But before the final game, there’s still a qualifier left. The Qualifier 2 will be played between Trinbago Knight Riders vs Barbados Tridents at the Brian Lara Stadium, Tarouba, Trinidad on October 11 at 4:30 A.M. IST.

Both the teams have portrayed a strong inning during the entire tournament, finding their way to fight a place in the finals. In the league stage, Barbados Tridents won 5 matches out of 10 whereas Trinbago Knight Riders have conquered 4 of the 10 matches they’ve played.

The game is scheduled to be held at the Brian Lara Stadium, Tarouba, Trinidad. The pitch here is known to be a result venue due to the fact of early pace effect that is taken over by spin in the latter part of the game. The team winning the toss is expected to field first.

The day is expected to be mostly cloudy with the precipitation levels revolving around 21%. There are a few chances that rain might hamper the game.

Also Read: FROM FAME TO A MERE NAME: STARS WHO SHINED TOO BRIGHT ONCE, LIVING IN COMPLETE DARKNESS