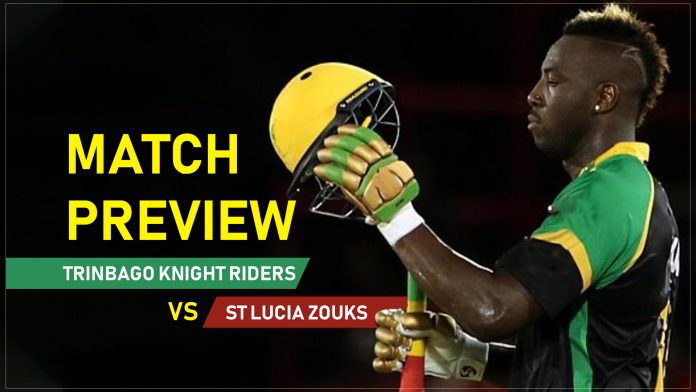 The Caribbean Premier League has been full of action since the beginning. Increasing the excitement further, Trinbago Knight Riders and St Lucia Zouks will be taking the field in the 5th match of the on-going season. The game will start at 9:30 P.M. IST.

The upcoming encounter will be between the table rulers, Trinbago Knight Riders, and the team that occupies the second last spot on the points table. Trinbago Knight Riders have already been ruling the season with two victories in hand. They have won both the matches they’ve played and will be looking forward to continuing their winning strike. St. Lucia Zouks, on the other hand, has played only a single match where they met hands with defeat.

The 5th match of CPL will be played at the Queen's Park Oval, Port of Spain, Trinidad. The pitch is known for high scoring matches, aiding batsmen to pull-off runs easily. However, the spinner too might get some help & the game can be balanced.

The major part of the day is expected to be dry with the temperature rising as high as 32 degrees Celsius. Also, low precipitation levels highlight almost nil chances of rain which means viewers can expect a full-match.