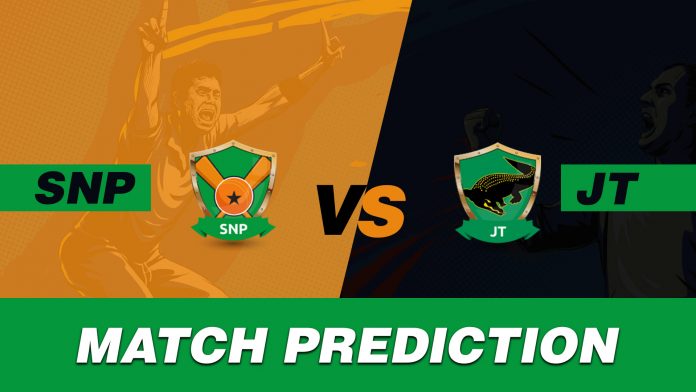 The ongoing edition of the CPL has been nothing short of a disaster for both St Kitts and Nevis Patriots and Jamaica Tallawahs with two teams starting off the season on the losing note. After losing a couple of games this season, the two teams are all set to take on each other at Warner Park, Basseterre in St Kitts. Carlos Brathwaite's co. performed decently in patches but weren't able to convert chances into wins. The visitors, led by Chris Gayle, lost their first game versus the Knights and will be keen to make a comeback. On head-to-head, the Tallawahs have a 5-4 lead over the Patriots. Even in St Kitts, Jamaica has won two out of five matches with their last victory coming in 2016.

Four matches were played at Warner Park in CPL 2018 out of which three were won by the chasing teams. The pitch was an excellent one with scores over 160 most times and even the 200-run being breached. There is a chance of a downpour around 7 PM, one hour into the game. The temperature will be around the 28 degrees Celsius. There will be dew, making batting easier in the second half.