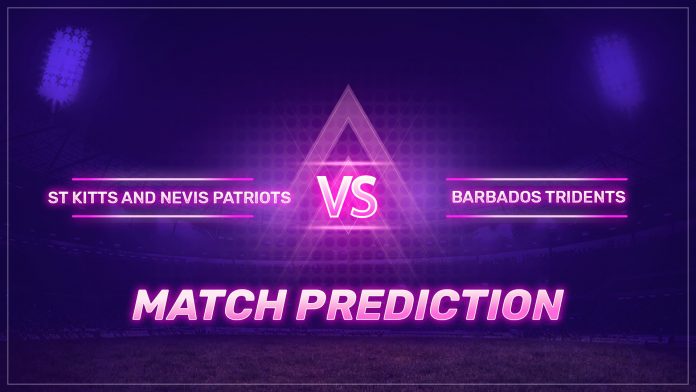 The on-going season of CPL is up in full-form, with the teams ready to deliver action-packed performances. In another encounter of the season, St Kitts and Nevis Patriots will greet Barbados Tridents at the Warner Park, Basseterre, St Kitts, on 11 September. The game will begin at 3:30 A.M. IST.

The season didn’t start on a good note for either of the teams as they failed to open their victory account in any of the matches they’ve played. Both the teams previously had an encounter with Guyana Amazon, wherein they had to shake hands with defeat. Thus, both the teams will be eyeing on registering a comprehensive victory in the upcoming game.

The match will be held at the Warner Park, Basseterre, St Kitts. The pitch is known for its high-scoring nature and easy chases. Batsmen will get a better advantage. The side winning the toss is expected to field first, going by the previous trends and nature of the pitch.

The sky will be clear with the temperature around 30-28 degrees Celsius. No chances of rainfall are on the cards. Thus, a full match can be expected.