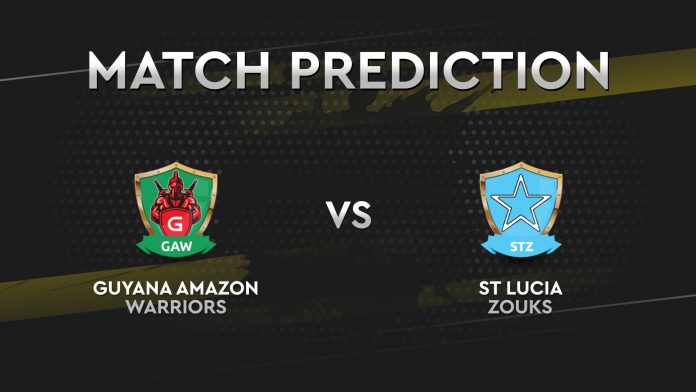 Caribbean Premier League kick-started with Trinbago Knight Riders defeating St Kitts and Nevis Patriots in the tournament opener at Port of Spain, Trinidad. In the second game, Guyana Amazon Warriors and St. Lucia Zouks will meet each other at Providence Stadium, Guyana on Friday morning. The live-action of the game will start at 3:30 AM IST.

Both the teams have some exceptional talent in their squads who can turn the game on its head like Guyana Amazon Warriors have Shimron Hetmyer, Nicholas Pooran who can send the ball to miles whereas St. Lucia, on the other hand, will get huge benefit from the experience of Darren Sammy and Thisara Perera.

In 2018, Guyana Amazon Warriors finished at the second spot in the points table but failed to lift the trophy after losing to Trinbago Knight Riders in the Grand Finale. Meanwhile, St. Lucia Zouks finished at second last spot in the points table, something that they will like to improve this time. However, both the teams have defeated each other once in the previous season.

The reports suggest that chasing the target on this track can be quite tricky. Spinners are expected to get advantage in the second half of the match. If we go to stats then previously, ten times the team batting first has won the game on this track. So, the team winning the toss is expected to bat first.

The weather forecast for this match is good with no possibility of rain. The temperature will hover around 27 degrees Celsius and humidity is expected to be 88%.