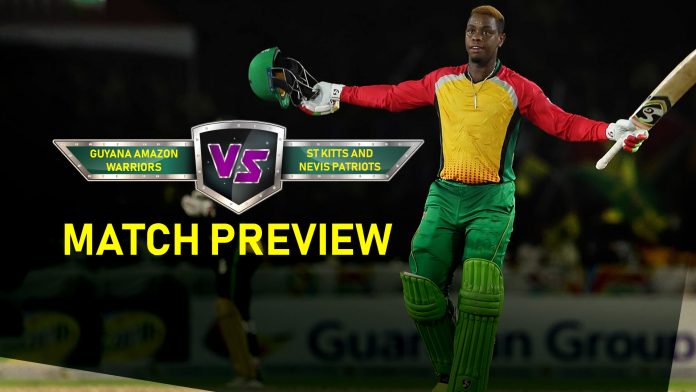 Guyana Amazon Warriors have made a perfect start to the ongoing edition of the Carribean Premier League (CPL) after upstaging St Lucia Zouks in their opening game. The runner-up of the last edition are led by an expereinced campaigner, Shoaib Malik, who has been able to set some standards by his individual performances for the team.

With this, the team is all set to face Nevis Patriots in the second encounter. Nevis Patriots, on the other hand, haven't had the best of starts to the season as they lost their first game against Trinbago Knight Riders. The team will be looking to make a strong a comeback and get back on track early in the season.

The pitch in the first game at the venue wasn’t an overly difficult one for batting. But it assisted the spinners, especially in the second half. Both teams have potent bowling units and won’t mind batting first and then put pressure on the opposition. A spell of shower is expected in the morning, but the heavens won’t open up during the game. The temperature will be about 26 degrees Celsius.