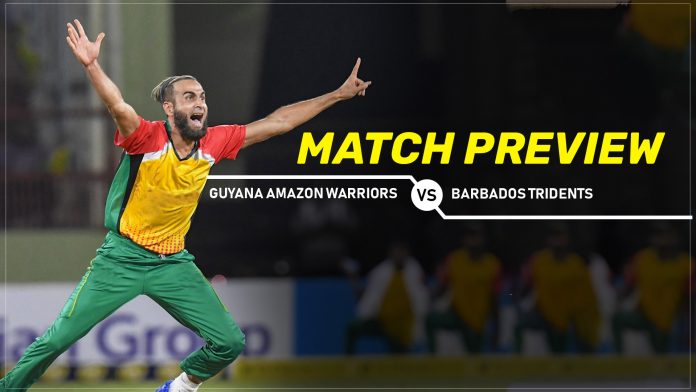 In another fascinating encounter of the Caribbean Premier League, the four-time runners up, Guyana Amazon Warriors will take a dig at the Season 3 runners-up, Barbados Tridents. The 6th match of the on-going season of CPL will begin at 2:30 A.M. IST on September 9.

Both the teams have closely season defeats in their previous seasons and thus, would be aiming at registering a fabulous victory in the upcoming face-off. The season started well-off for the Guyana Amazon Warriors who won the first match they played. However, the upcoming match will be the first game of the season for Barbados Tridents. It will be exciting to see whether the Tridents will begin their season with a victory or will be disappointed in the first match itself.

The match will be held at the Providence Stadium, Guyana. Looking at the previous matches, the pitch is proving beneficial to the spinners, and the same is expected in the upcoming game too. The team winning the toss is expected to pick fielding.

The weather reports coming from Guyana suggest the day to be hot & humid. The precipitation levels are as low as 4%, which means rain won’t be playing a spoilsport in the game. Thus, a full match can be expected.