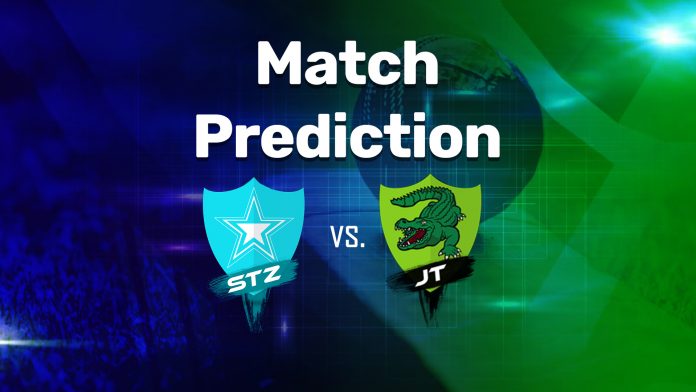 The Caribbean Premier League is getting to the business end with just a handful of games left before the all-important final. In this scenario, St Lucia Zouks and Jamaica Tallawahs find themselves with mere two wins. In the double round-robin tournament, the two teams have faced each other once in the league thus far where Rahkeem Cornwall's heroics helped the team to cross the winning line.

With Barbados still struggling to get points, this remains to be seen if St Lucia can still make their way through to the playoffs. Jamaica Tallawahs, on the other hand, needs to take one game at a time as making their way through to playoffs has started to look a little slim.

There is almost 50% chance of rain at the start of the game although at least a shortened game should be completed. With humidity of 81% and a cloud cover of 45%, the temperature will hover around 28-30 Degrees Celsius during the match.

The pitch at the Darren Sammy Stadium should be a good pitch to bat with the spinners being the key. However, with 50% chance of precipitation, there might be something for the fast bowlers at the start. Chasing has been a preferred option so far but with the pitches slowing down, it wouldn’t be bad option to bat first after winning the toss.