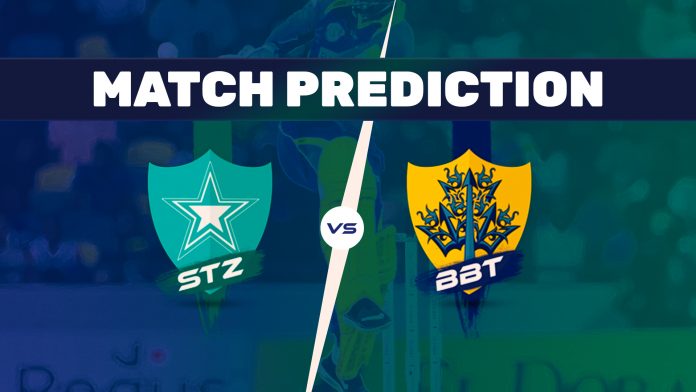 St Lucia Zouks and Barbados Tridents haven't had the best of starts to the ongoing CPL season as both teams managed to grab one win each in their respective games. With the tournament getting to the business end, the two teams will be looking to get back on track to grab a spot in first four. The batting powerhouse of Rahkeem Cornwall and Andre Fletcher at the top will be key in added 10-15 runs extra through the powerplay overs. It will reduce the pressure over the middle-order. The St Lucia team do have good slow bowlers including leg-spinners in their side.

No interruption has been seen over the three matches hosted by the Warner Park in this season. However, there are good chances of rain in the latter half of the day. But the 6 PM local time start could witness at least 30 overs of play before the showers come down.

After a couple of high-scoring matches, the Warner Park witnessed a low-scoring match. It could be due to usage of same track for the 3rd game in a row. Also, this match began two hours late that previous two which makes a difference through the dew. The short boundaries do help while chasing big totals.