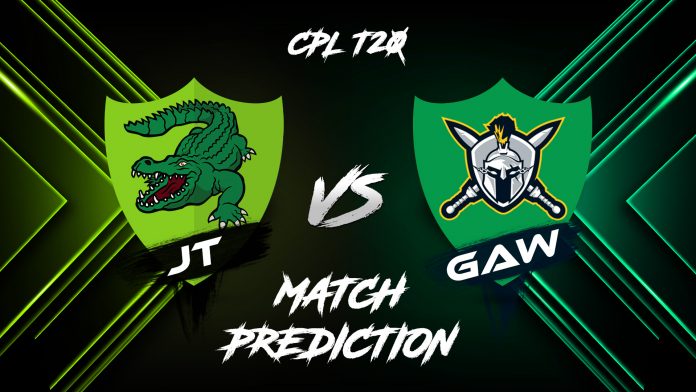 14 matches of the on-going season of CPL are already over, and as the tournament moves forward toward its 15th games, we get all excited to witness a clash between the current strongest & weakest teams. The 15th match of the series will be played between Jamaica Tallawahs vs. Guyana Amazon Warriors on 19th September, beginning at 5:30 A.M. IST.

Guyana Amazon Warriors have been going strong this season. They currently rule the points table at the number 1 spot, winning all the four matches they’ve played till now. On the other hand, the season has been very disappointing for Jamaica Tallawahs who’ve faced defeat in 4 matches out of the 5 they’ve played.

The match is scheduled to be held at the Sabina Park, Kingston, Jamaica. The pitch here is known to be one of the fastest and hardest pitches of the world. Off-late the pitch has slowed down quite a bit and is now more favorable for the batsmen. However, fast bowlers too enjoy a bit of dominance.

The weather reports coming from Jamaica mentions the day to be mostly cloudy with precipitation levels of 21%. Humidity will be around 77%, and a full match can be expected.