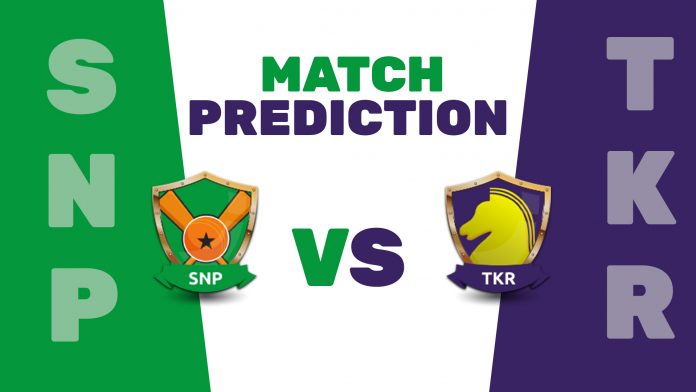 We are all set to witness another crackerjack of an encounter as St Kitts and Nevis Patriots take on Trinbago Knight Riders at Warner Park in St Kitts in the fourteenth encounter of Caribbean Premier League. The tournament has fared well so far with the spectators witnessing some serious power-hitting from some of the best around the globe.

St Kitts and Nevis Patriots have done well in the season thus far but the results haven't gone their way. The team has played six games but emerged victorious on mere two occasions. Carlos Brathwaite, the skipper, will be hoping to turn things around and come ot stronger in the coming games.

Trinbago Knight Riders, on the other hand, have continued their dazzling run in the ongoing tournament and are yet to lose a game. Led by Kieron Pollard, the team has played exceptionally well to occupy the second position on the points table.

In the double round-robin league, Trinbago Knight Riders emerged as the victorious on the first occasion and this remains to be seen if they can produce another strong performance against the host.

The forecast weather for Sunday is much better than previous days. The skies are to be clear throughout the day and high temperatures are expected. There are chances of the showers and drizzle in the afternoon but could disappear by the start of the match.

The pitch is once again expected to help the team batting first as chasing has been a little at Warner Park. It is expected to assist the bowlers at the start of the innings but as the ball will get old, it is expected to become a batting paradise.