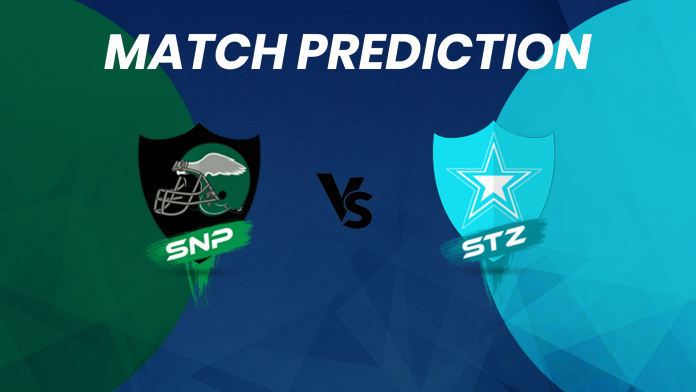 St Kitts and Nevis Patriots vs. St Lucia Zouks CPL 2019 is going to be played at Warner Park, Basseterre, St Kitts on 16th of September 2019. The live-action will start at 3:30 AM IST.

St Kitts and Nevis Patriots have failed to deliver consistent performances in this tournament. Till now, the team has played four games and won emerged victorious only once. With one victory in four matches, Carlos Brathwaite led side is placed in the fourth spot in the points table.

On the other hand, St Lucia Zouks is at the third spot in the points table. Daren Sammy led Lucia Zouks didn’t got a good start in this season as the team lost its first two games against Guyana Amazon Warriors and Trinbago Knight Riders. However, the team registered its first victory and opened their account in their last game and now will be aiming to repeat the same performance in this match to bag the second win of this season.

The Warner Park, Basseterre track has proved to be an excellent one for batsmen in the previous games. 170 runs has been the average score of this season till now. So, going by the scores, a big total won’t be surprising. Both teams would wish to chase after winning the toss.

There are predictions of a downpour on the match day so, there is a good possibility of the overs getting reduced. The temperature will be around the 28 degrees’ Celsius mark.