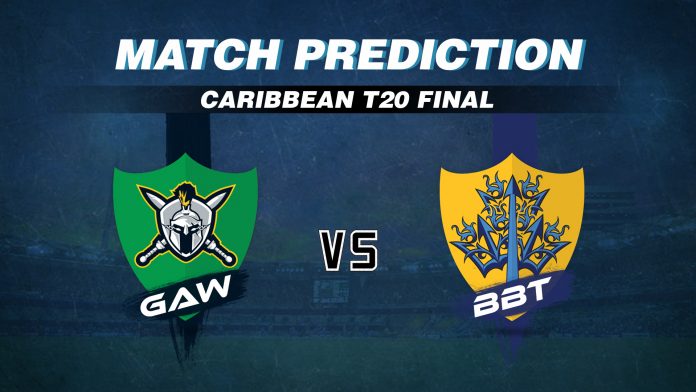 After a month full of ups and downs, the current season of CPL is nearing its end with the final game to be played on October 13 at 2:30 A.M. IST between Guyana Amazon Warriors and Barbados Tridents.

Meeting each other in the Qualifier 1, the teams are all set to face each other once again in the battle for the trophy. Previously, Guyana Amazon Warriors won the Qualifier 1 to seal their place into the finals whereas Barbados Tridents were made to battle Trinbago Knight Riders in the Qualifier 2. The upcoming game will be exciting to watch taking after their previous encounter.

The final game of the season will be played at the Brian Lara Stadium, Tarouba, Trinidad. The pitch here is a result venue that supports early pace before spin kicks in. The team batting second is known to win the game, mostly, thus, the team winning toss will opt to field first.

The day is expected to be partly cloudy with the precipitation levels touching 20% mark. The temperature will be around 25 degrees Celsius.