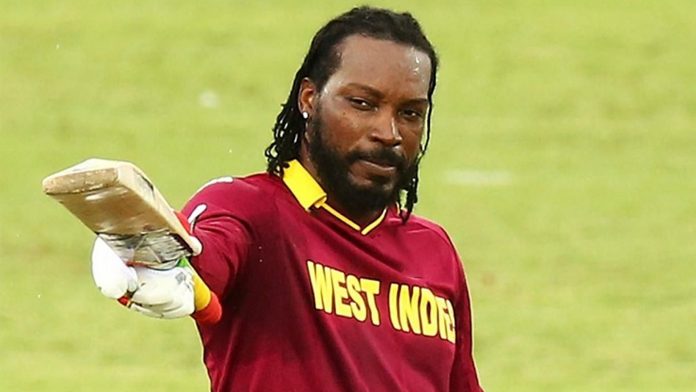 In the second One-Day International against India, West Indies star sensation Chris Gayle went past Brian Lara to become the most successful batsman in the history of Windies Cricket. Gayle, who made his ODI debut in 1999 against India in Toronto, has ruled the cricketing fraternity for 20 long years. In this long journey, Gayle has smashed 25 tons and 53 half-centuries. Earlier in the series, he created a new record for the West Indies when he stepped out at the Providence Stadium in Guyana during the first ODI against India on Thursday. He played his 296th ODI for the West Indies and he broke Brian Lara's record of 295 ODIs for the West Indies. Gayle and Lara are equal with 299 ODIs, with Lara having played four matches for the ICC World XI while Gayle has played just three in 2005 against Australia.

Gayle already holds the record for the most centuries for the West Indies in ODIs, having smashed 25 centuries in comparison to Lara's 19. He has the highest individual score in ODIs for the Windies, smashing 215 in the 2015 World Cup clash against Zimbabwe in Canberra. Gayle became the first West Indies player to smash a double century in the World Cup.

The left-hander is second in the list when it comes to most sixes in ODIs, with 326 behind Shahid Afridi's tally of 351. However, Gayle holds the record for the most sixes combined in international cricket with 529 across Tests, ODIs and Twenty20 Internationals.

After the 2019 World Cup where Gayle did not have a good tournament, it was felt that Gayle would retire from ODIs but after missing the Twenty20 Internationals for his commitments to the Global T20 Canada League, Gayle made a return to the ODI side.