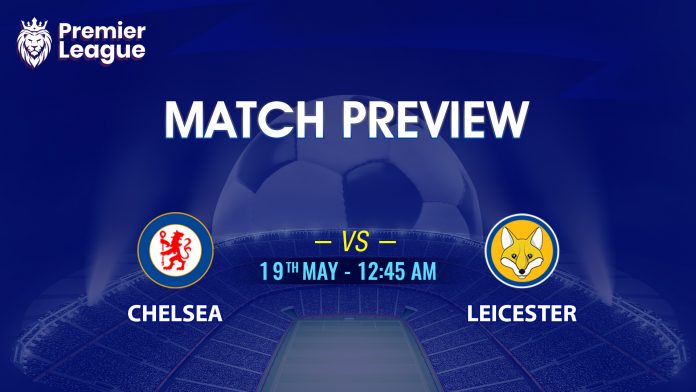 After a competitive FA Cup, Chelsea and Leicester are ready to fight out again for the top-four finish in Premier League. Alisson’s late winner against West Brom assured Liverpool to get 3 points and now the race to top-four is getting interesting. Chelsea cannot afford one more loss here because it might spoil their all efforts.

Tuchel’s side has been outstanding since Lampard’s episode but they suffered two consecutive defeats against Arsenal and Leicester without scoring a goal. They had a chance against Gunners to take the third spot but they failed to achieve this. Blues can even lose the Champions League spot, thanks to Liverpool’s red-hot form. The Reds are just one point behind Chelsea and if Blues drop points here, the Reds can cross Chelsea in the next game.

Tuchel has won 17 matches out of 26 across all competitions since taking the charge of Chelsea but the last one week was pretty crucial for them. First, Chelsea lost consecutive FA Cup final, and second, they are on the verge of losing UCL qualification for next season. This week has been a nightmare for Chelsea s their women’s team also lost to Barcelona Women in UCL Final. They will face Aston Villa in their final game and victory will take the lead of four points over Liverpool.

Meanwhile, Leicester made into the FA Cup final after 52 years and scripted a historic victory. They are now one of the teams that won all domestic titles of English football in the 21st century. Foxes would also take this game as the ticket to Champions League 2021-22. Foxes have the advantage of 3 points over the Reds and 2 points over Blues. Victory will almost seal their berth in the Champions League.

Brendan Rodgers's side would avoid any late drama to miss out the top four with a narrow margin. They cannot take risk as their next will be up against Tottenham who are also fighting for the European qualification.