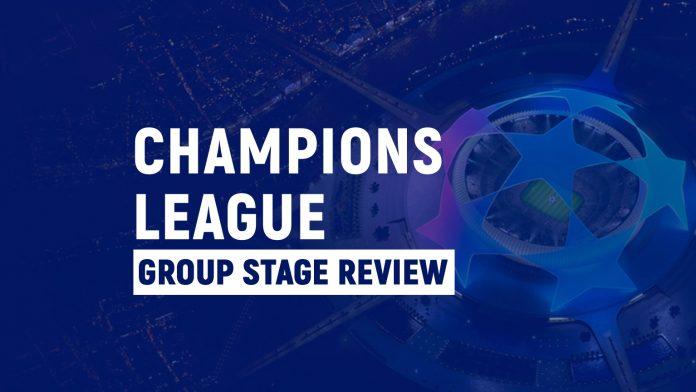 Football fans all around the globe look forward to European night football and watch their favourite superstars compete for ultimate glory. As 32 European teams set their sights on the European crown, let’s review the group stage performances in this season’s Champions League.

The side from Naples currently sit at the top of the group with 9 points followed by the red team of Merseyside. Napoli blew Liverpool, last year’s runners-up in their opening fixture and have almost qualified for the round of 16. The Dutch champions, Ajax can secure the second qualifying spot of the group and their fixture against Liverpool on 27th October would be crucial. The Champions League dream of Rangers looks all but over as they have lost all their games.

Club Brugge have surprised everyone with their performances and lead the group with 9 points. The Belgian champions are yet to concede a goal in the tournament and have kept 3 clean sheets. The other sides all sit on 3 points after 3 games and would be competing for the 2nd spot in the group. Atletico Madrid are the favourites to qualify but currently sit at the bottom due to goal difference.

This season Group C is the ‘Group of Death’. German champions Bayern are currently the table toppers and look set to qualify for the next round. Alongside Brugge, they are the only team yet to concede a goal. Plzen have been the punching bags of the group and are yet to register a win so far this season. Barcelona and Inter would be competing in the race to qualify for the Round of 16. Xavi’s side have so far struggled in Europe this season and just like last season they might get relegated to Europa League.

Group D has been topsy-turvy so far this season. Tottenham are strong favourites to qualify from the group but have been inconsistent so far after suffering defeat against Sporting on Matchday 1 and sharing spoils with Frankfurt on Matchday 2. Table toppers Sporting suffered a shock defeat against French runners-up Marseille on Matchday 3 and clouds of uncertainty now loom over their qualification. As the group stage heads towards the climax, the remaining fixtures of Group D are the ones to watch out for.

Just like Group D, Group E is another blockbuster group which has seen massive upsets and revivals so far this season. 2021 Champions Chelsea, suffered a shock 1-0 defeat against Zagreb on Matchday 1 and sacked their manager T. Tuchel. G. Potter replaced the German and uplifted the spirits in Cobham as the Blues now sit on top of Group D. Italian champs, AC Milan unexpectedly find themselves in the Europa League spot after back-to-back defeats against Chelsea. RB Salzburg are currently second in the group and hope to remain there by the end of the group stage.

Defending champions Real Madrid are the first team to qualify for the Round of 16 after a last minute draw against Shakhtar Donetsk on Matchday 4. Leipzig look like a resurgent side with Werner as a pivot striker alongside Nkunku and would go toe-to-toe with Shakhtar for the second qualifying spot. Scottish champs Celtic have had a disappointing campaign and are the first team to get knocked out of the tournament.

Unlike other groups, Group G is almost decided as reigning English champions Man City are through to the Round of 16 and Dortmund comfortably sit at second spot with 7 points. Many hoped Sevilla would be able contenders for the second spot but their performances have been disappointing. Although mathematically Sevilla can still go through the next stage if they win their remaining fixtures and Dortmund lose their remaining fixtures.

Group H has produced the shock of the season as Juventus suffered defeats against Benfica and Israeli champions Maccabi Haifa. PSG and Benfica have 8 points with French champions edging out the Portuguese side on goal difference. Shadow looms over the future of Juventus manager, M. Allegri after poor performances from his side in the league and in Europe. Mathematically, the Turin-side can still qualify but that would require Haifa to defeat the likes of PSG and Benfica which looks like an impossible feat for the Israeli side.

To further enjoy European football, play fantasy football on MyTeam11 and stand a chance to earn big winnings. MyTeam11 offers fantasy in a variety of different sports like cricket, football, kabaddi, basketball etc. For cricket enthusiasts, MyTeam11 also offers the option of LIVE Fantasy to win more. So what are you waiting for! Join MyTeam11 now and Start Playing, Start Winning!