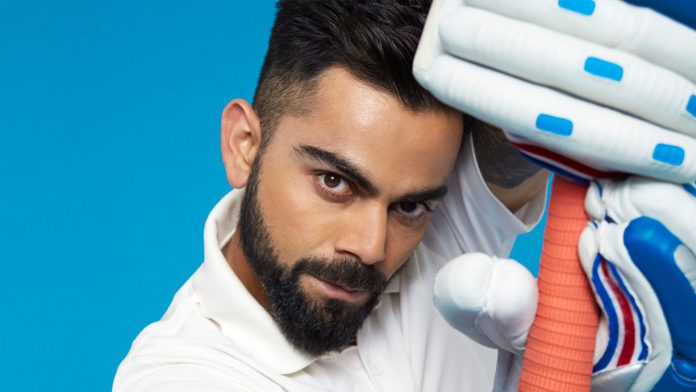 Be it making opponents go weak in the knees on the field or charming pretty ladies off-field, Virat has always managed to pull off almost everything effortlessly. Adding another feather to his cap of achievements, the Indian skipper, Virat ‘King’ Kohli, won the International Cricketer of the Year Award at the gala event ‘CEAT Cricket Awards.’

The cricketer seems to be on a winnings spree both on the professional and personal front. Apart from being honored with the International Cricketer of the Year Award, the player was also adjudged as the Best Batsman during the ceremony.

Well, it wasn’t just Virat Kohli who outshined as the star amid the event, but there were others too who were honored for their part in the game. Among others, Jasprit Bumrah bagged the International Bowler of the Year awards whereas Mohinder Amarnath was entitled with the Lifetime Achievement Award.

It isn’t the first time that Virat has won an award for his contribution towards the sport. Previously, he has won the ICC Cricketer of the Year, ICC Men’s Test Player of the Year and ICC ODI Player of the Year awards too. Additionally, the player was named as the Captain of the Test and ODI teams of the year for his bewildering leadership and management skills.

Under Virat’s captaincy, the national team has thrived and has created plenty of records. It was under the present skipper’s captaincy that Team India won a series against Australia defeating them at their home ground.

Others who were honored for their fascinating contribution towards the game include Cheteshwar Pujara, Smriti Mandhana, Rashid Khan, Aaron Finch, Kuldeep Yadav, and Rohit Sharma. Below is a complete list of players & awards given at the CEAT Cricket Awards.

Follow MyTeam11 to stay updated with all the latest sports stuff, fixtures and predictions.