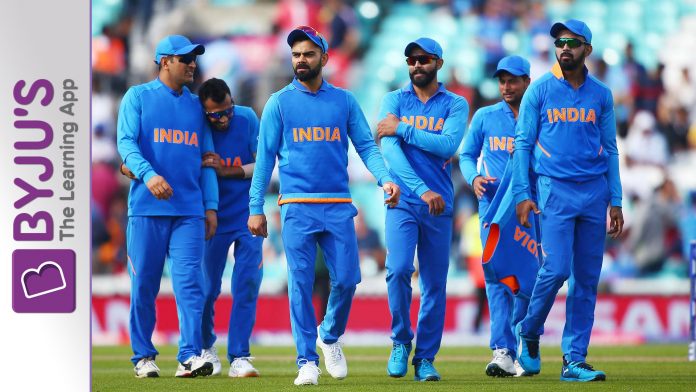 The Board of Control for Cricket in India recently announced that the Indian team would have a new sponsor. From September onwards, Virat Kohli and Co. will have a new brand name on their jerseys. Bangalore based educational technology and learning app, Byju’s, will be the official sponsor for Team India from 5th September 2019 until 31st March 2022.

BCCI issued a press release stating, “The Board of Control for Cricket in India (BCCI) is pleased to welcome India’s leading education and learning app BYJU’S (Think and Learn Private Limited) as the official Team India sponsor from 5th September 2019 until 31st March 2022. BYJU’S will be taking over all obligations of the current team sponsor OPPO mobiles India private limited (OPPO). BYJU’S will now be seen on the Indian team jersey from September 2019 when the home series against South Africa begins.”

Byju’s CEO Byju Raveendran said it is a proud moment for us to become Indian team’s new jersey sponsors. He said, “As a learning company, BYJU'S has always recognized the critical role that sport plays in a child's development. Just as cricket inspires a billion budding dreams across India, we too as a learning company hopes to inspire the love of learning in every child's heart.”

Team India will have Oppo‘s logo on their jerseys till the West Indies tour which starts next month, i.e. August 3 and ends on September 2, 2019. In March 2017, Chinese consumer electronics and mobile maker, Oppo won the sponsorship rights of Indian for a five-year span. OPPO won the rights after offering to pay a higher price than Vivo‘s Rs 768 Crore bid.

According to the reports, Oppo was paying BCCI Rs 4.61 Crore per bilateral match and Rs.1.56 crore for an ICC event game.