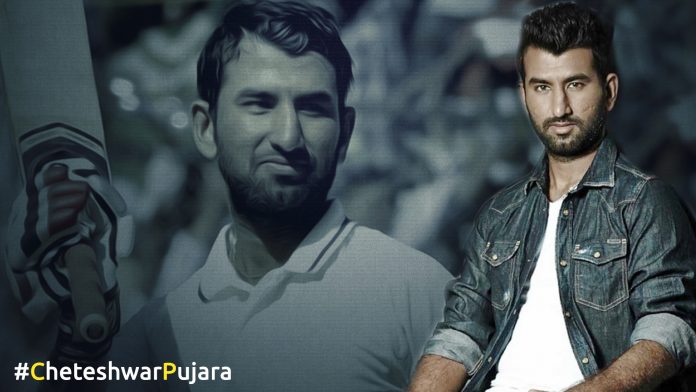 Remember magnificent India vs Australia series that managed to catch people’s eyes, building up their interest in the game with each ball? Well, then you might remember the Test hero, Cheteshwar Pujara too. Three centuries in three tests, 500+ runs in the entire test series and helping India clinch their maiden Test series win against the Aussies at their home ground.

Well, today, the player celebrates his 31st birthday. Pujara was born on 25th January 1988 in Rajkot, Gujarat. Belonging to a family of cricketers, Pujara was very much into the game since his early childhood days. Pujara’s father who played Ranji for Saurashtra played a crucial role in encouraging him to play, giving India a magnificent gem.

Pujara’s cricket journey had been very interesting as the player always managed to make it to the headlines with his hard-hitting batting performance. It was once said that this player takes double centuries for lunch and triple centuries for dinner. This turned out to be quite true.

The player is known to have a great presence of mind, sharp techniques and great methodologies which when put together lead on to writing history in golden letters. There had been various stances when the player turned out to be a prominent leader with breath-taking records, have a look at his records:

No matter how many records he has created or broken, after his heroic performance Down Under we will always crave for more. MyTeam11 wishes Pujara a very happy birthday & hopes to munch on more enthralling performances from the player.

Till then if you want to stay updated with the latest sports news, then keep watching MyTeam11.