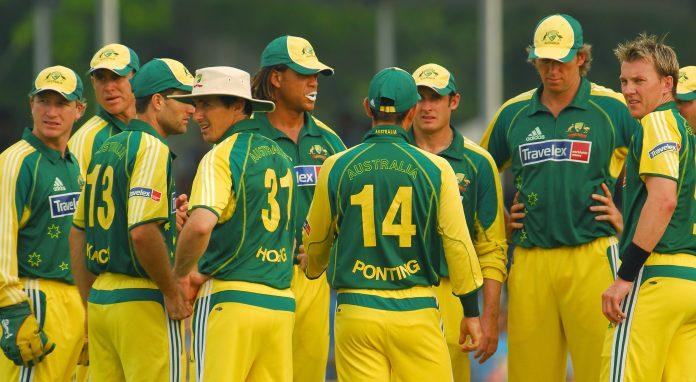 Every cricket fan loves last ball thrillers and riveting encounters. But from the perspective of cricket teams, they want to stamp their authority over the opposition and achieve dominating victories. Let’s take a look at the biggest victories in the World T20 Cup history.

In the 2012 World T20 Cup, India overwhelmed the defending T20 champs England by 90 runs at R. Premadasa Stadium, Colombo. England captain S. Broad won the toss and elected to field first. On the back of half-century from R. Sharma, Men in Blue managed to score 170 runs in 20 overs on a slow wicket. England couldn’t combat India’s swing bowling and lost A. Hales and L. Wright in the first 3 overs. Indian captain MS Dhoni introduced off-spinner H. Singh in the powerplay and his decision paid off as Bhajji bowled a wicket maiden over.

From 39-2 in 5.1 overs, England lost next 7 wickets for just 21 runs and stood at 60-9 in 12 overs. A last-wicket 20 run partnership between S. Finn and J. Dernbach saved England from the humiliation of owning the lost ever score in T20Is. With this victory, Team India registered its biggest win (in terms of runs) in international T20s.

The 2012 World T20 Cup saw a high number of one-sided affairs. Just a matchday before their humiliating loss against India, England hammered Afghanistan by 116 runs in Colombo. Afghanistan won the toss and captain N. Mangal made the wrong decision to field first. Top-order batsman L. Wright smashed Afghan bowlers all around the park and scored 99 not out off just 55 balls. The heroics from Wright helped England post a humongous total of 196/5.

Chasing the big target of 197, Afghanistan collapsed from the very start and lost both the openers within 4 overs. J. Dernbach, S. Patel, S. Broad and G. Swann all picked up 2 wickets as Afghanistan were bundled out on just 80 runs in 17.2 overs. The 116-run win is the highest margin of victory in T20Is for England.

The World T20 Cup was held in 2021 after a wait of 5 long years. In this time Afghanistan have emerged as one of the most dangerous T20 sides in the world, mainly due to their lethal spinners like R. Khan and M. ur Rehman. The world saw their domination in the 2021 World T20 Cup, as Afghanistan defeated Scotland by 130 runs. Batting first in Sharjah, Afghanistan scored 190 runs in 20 overs after some aggressive batting from their top-order and middle-order batters.

Chasing 191 against a strong Afghan bowling attack was always going to be a strenuous task for Scotland. However, Afghanistan wrapped up the Scottish innings on just 60 runs in 10 overs. Mujeeb picked up 5 wickets and Rashid sent 4 Scotsman back to the dressing room. The 130-run win is the biggest margin of victory in T20Is for Afghanistan.

The second edition of World T20 Cup took place in England and their neighbours Scotland were crushed by 130 runs by the Proteas at the Oval. Batting first under a typical overcast and cloudy London sky, South Africa scored 211 runs in 20 overs. Mister 360, AB de Villiers scored 79 runs off just 34 balls and launched the ball six times into the London skyline.

Always renowned for their strong bowling attack, the Proteas bowlers were clinical on the day. Scotland were sent back packing on 81 runs as their batsmen fell like dominoes. With this ruthless performance, South Africa managed to secure their biggest T20I victory.

In the inaugural World T20 Cup, Sri Lanka, the cricketing giants from the sub-continent secured the biggest ever victory in the World T20 Cup. The minnows from Africa got thrashed by 172 runs in the 8th Match of group stage. M. Jayawardena won the toss and elected to bat first on a flat Wanderers wicket. Sri Lanka amassed a world record 260 runs as Jayasuriya slammed 88, skipper Jayawardena contributed 65 and all-rounder J. Mubarak played a quick-fire knock of 46 runs in just 13 balls.

Kenya already knew they had lost the match but C. Vaas and Co. ensured this record victory grabs the front page of newspapers. Kenya failed to put up a fight and were dismissed for a mere 88-runs in 19.3 overs.

It’s now time for you to inflict heavy defeat on your opponents and grab the biggest victories on MyTeam11. Create your fantasy teams and join thousands of fantasy contests daily to win exciting cash rewards. You can play fantasy in several sports like cricket, football, kabaddi, basketball and many more. So, what are you waiting for? Start Playing, Start Winning!