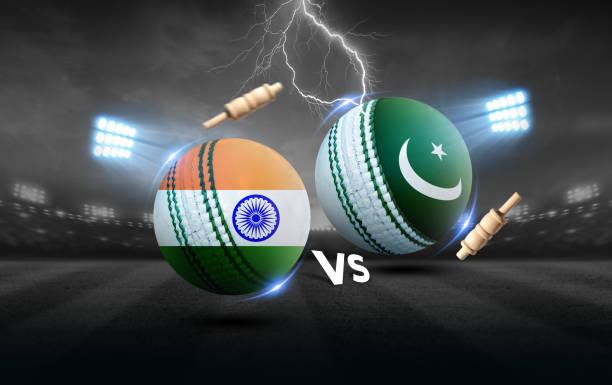 There is no bitter rivalry between the two teams quite like India vs Pakistan. The eternal cricket rivals have met each other in some of the most memorable matches since the inception of the sport.

As India and Pakistan teams enter the pitch, the atmosphere in the stadium becomes very tense as every match between these two teams feels like a do-or-die situation.

The two teams have collided a total of 202 times. Overall, Pakistan has won more matches than India in head-to-head contests. Given below is a table that will help you understand the number of matches between the team.

On the other hand, the biggest T20I moment for team India was the one when S. Sreesanth took the catch of M. Haq and won the inaugural World T20 Cup in 2007. Let’s dive deep into all the matches between India and Pakistan throughout World T20 Cup.

In the first match, the scores were tied between India and Pakistan at 141 runs. However, the interesting part of that match is that instead of opting for a super-over, the match was settled with a ‘bowl-out’. In the end, team India registered their win against Pakistan by 3-0.

The second time these two met was at the finals of the 2007 World T20 Cup. The nail-biter of the match is still etched into the brains of millions of cricket fans across the world. After having decent first innings, team India had to defend a total of 157 runs.

In the end, the Men in Blue won the match in the last over when M. Haq mistimed a lofted shot. Team India became the winners of the inaugural World T20 Cup and shocked the world with their performance.

In 2012, the two teams met only once. It was a low-scoring match between the two, but the teams put on a display of excellent cricket. In the first innings, Pakistan scored only 128 runs.

In the end, India won the match comfortably with eight wickets in hand. V. Kohli put on a brilliant show for the fans when he scored 78* runs off 61 balls. After this match, the Men in Blue started a winning streak against Pakistan in World T20 Cup.

In 2014, the two met for the fourth time in World T20 Cup. In the match, Pakistan batted first and scored 130 runs. By now, the Indian squad from 2007 had changed drastically and R. Sharma and S. Dhawan opened for the Men in Blue.

In the second innings, after a shaky start, India managed to score 131 runs in 18.3 overs. S. Dhawan, V. Kohli and S. Raina contributed a lot with their bats and helped India register another win against Pakistan.

2016 witnessed the lowest total between these two teams in the World T20 Cup. Batting first, Pakistan exhausted 20 overs and scored 118 runs losing five wickets in the process. In return, the Men in Blue won the match with 13 balls remaining.

Kohli’s excellent track record helped team India. He scored 55* runs off 37 balls. During his innings, he hit 7 fours and one maximum. Dhoni provided his finishing touch with a handy innings of 13 runs in the end.

The Indian fans went in shock last year when Pakistan defeated team India for the first time in the history World T20 Cup. India batted first and the top order was crippled at the hands of Pakistan’s bowlers.

Kohli and R. Pant were the only batters who made some runs for the teams, having scored 57 and 39 runs, respectively. In the end, team India gave Pakistan a fighting total of 151 runs. However, B. Azam (68 runs) and M. Rizwan (79 runs) absolutely demolished the Indian bowlers and scored 152 runs with 10 wickets in hand.

The world tunes in whenever these two teams collide and this year will not be different. Pakistan’s batting lineup is in excellent form since the start of the year and the Indian team is still figuring out their death bowling.

So, this is the history of elaborative history between India vs Pakistan in the world of cricket. Now you can use your skills and make cricket teams on MyTeam11 and manage your team! Keep playing, keep winning!