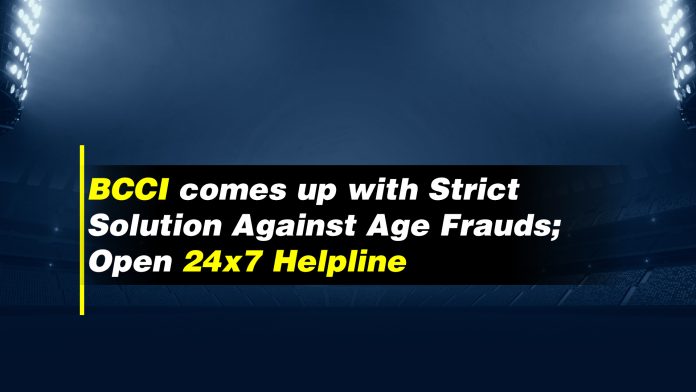 After taking a dig at the usage & consumption of drugs in the national cricket world, the Board of Control for Cricket in India (BCCI) has now come up with strict measures against age and domicile frauds prevailing in the sector. BCCI has now started a helpline for taking care of age frauds.

The Anti-Doping and Anti-Corruption unit of BCCI has been keeping a close watch on frauds and feuds affecting the industry and has been working actively towards spreading awareness amongst cricketers, team support staff and members of all associations for the same. Lately, they have been preaching people to approach respective cells for dealing with such matters.

The helpline will be open 24×7 and has been started as BCCI has put down its foot against age-fraud in cricket. Previously, the board had launched an anti-doping helpline number to put forward its zero-tolerance against the use & consumption of drugs & related materials by the cricketers.

People can complain against such matters by reaching out to the helpline numbers provided by BCCI. The identity of the complainant will be kept hidden for security reasons.

BCCI will be putting up various banners with the helpline numbers in the dressing rooms all over the nation during the Indian Domestic Season 2019-20.