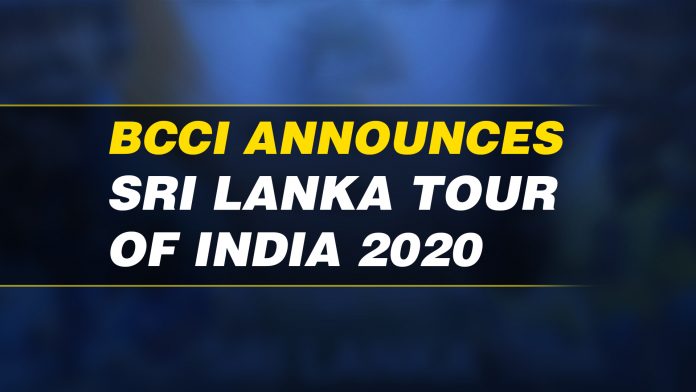 In a recent tweet, the Board of Control for Cricket in India announced Sri Lanka’s tour of India 2020. The Lankan Lions will be visiting India in January for a three-match T20Is series.

The announcement comes after the worldwide ruling body of cricket, International Cricket Council, suspended Zimbabwe from international cricket. India had invited Sri Lanka for a 3-game T20 tour which has been reportedly accepted by the Sri Lanka Cricket.

The schedule for the series is as follows: