BATSMEN WITH MOST 50+ SCORES IN IPL 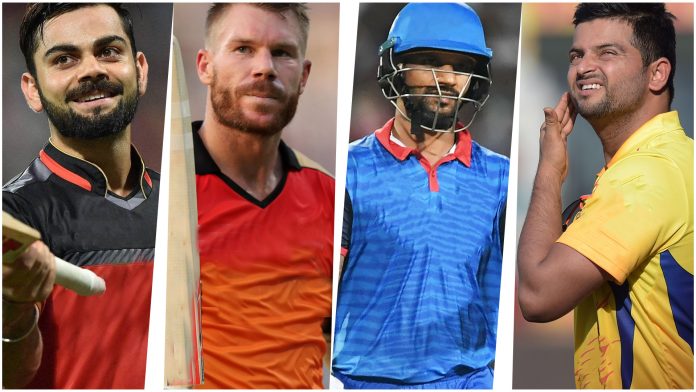 IPL was started in the year 2008 and the 12th season of IPL is currently going on. In these twelve years, we saw some tremendous performances by players from all over the world (across the globe). Let’s have a look at top four players with most half-centuries in IPL!

Indian national team opener, Shikhar Dhawan, is at number two in this list. He has made 37 half centuries in 155 matches he played in the league. He started his IPL career with Delhi Daredevils now known as Delhi Capitals in 2008. Then Mumbai Indians included him in their side for the second and third IPL season before Deccan Chargers bought him (2011). In the year 2016, when Sunrisers Hyderabad lifted their maiden IPL trophy, he played a crucial role there. Till the 2018 IPL season, he was a part of the Hyderabad franchise. But, in 2019 auction Delhi Capitals picked him in their squad and he is currently at the 3rd spot in the list of leading run scorer with 451 runs in 12 innings.

Indian team skipper, Virat Kohli, who is on his way to break Sachin Tendulkar’s record of 49 centuries in One Day Internationals, is at the third spot in the list of most half-centuries in IPL. He has already scored 36 half centuries in 175 matches that he has played in the league. In 2008, he was brought on youth contract by IPL franchise Royal Challengers Bangalore. In 2013, he was appointed as the captain of RCB. Under his captaincy, Royal Challengers Bangalore finished the 2016 season year as the runner-up team. In this year, Kohli broke the record of most runs scored by a batsman in a single IPL season, after scoring 973 runs in 16 matches at an average of 81. He also holds the record for scoring the most number of centuries (four) in a single IPL season. He is the only batsman to represent a single franchise in IPL.

If you want more information and updates about the upcoming fixtures, then stay tuned to My Team 11.