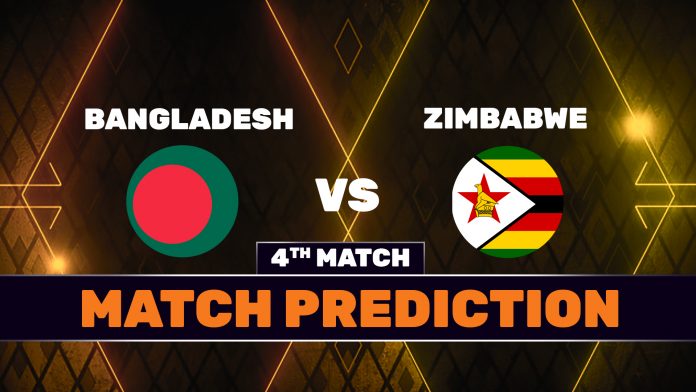 In the fourth game of the ongoing Bangladesh Tri-Series, Bangladesh and Zimbabwe will meet each other at Zahur Ahmed Chowdhury Stadium, Chattogram. The game will start at 6:00 PM IST.

In the opening game of the series when these two sides met each other, Bangladesh defeated Afghanistan by three wickets. However, the Bangla Tigers have lost their second game against Afghanistan by 25 runs. Meanwhile, Zimbabwe, on the other hand, is yet to open their account in the standings. Apart from defeat against Bangladesh, Zimbabwe has also lost its second game too against Afghanistan. Now, in the fourth match of the series both the teams will be aiming to register a victory to get into the winning ways.

Spinners are expected to get some help from the pitch, but run-scoring won’t be that much difficult. Both the teams will be looking to utilize the power play overs.

There are minimal chances of rain interruptions in this match. The temperature will be around 32 degrees Celsius while the humidity is expected to be 76%. The dew will play a role here, hence team winning the toss should field first.