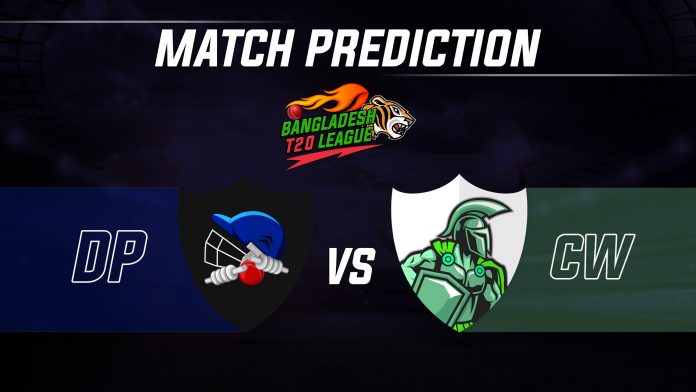 The seventh edition of the Bangladesh T20 League hit the floors on 11th December. After the first two days of high-octane clashes, the league continues to captivate the cricket fans and another exhilarating face-off between the two giants – Dhaka Platoon vs. Cumilla Warriors – is all set to enthral the audience. The 6th match of the tournament is scheduled to take place today at 6:30 (IST) in Sher-e-Bangla stadium in Dhaka. The stage is set for the epic battle and we anticipate a never-seen-before experience.

Dhaka Platoon (previously known as Dhaka Dynamites) has won the maximum laurels in the history of Bangladesh T20 League, lifting the trophy three times in six seasons and emerging as runners-up twice. Therefore, it is also one of the most successful franchises of the league. However, Dhaka Platoon tasted nine-wicket defeat in their inaugural match of this tournament against Rajshahi Royals.

One of the strongest teams in this league, Platoon consists of the likes of Tamim Iqbal, Laurie Evans and Anamul Haque, who will aim for a terrific start. Especially, there are high expectations from Haque, who played an impeccable knock of 38 runs off 33 balls in his previous match. The ace bowlers Mashrafe Mortaza, Shahid Afridi, Wahab Riaz and Mahedi Hasan also have the potential to contribute to Platoon’s success with their powerful bowling force.

On the other hand, Cumilla Warriors (formerly called Comilla Victorians) started their campaign in their opening match on a high note as they thrashed Rangpur Rangers. Al-Amin Hossain emerged as the top-performer in this match after he bagged three wickets and conceded only 14 runs in his spell.

Skipper Dasun Shanaka, who played a quick-fire 75 off just 31 balls, and David Malan are expected to bolster the middle order. The onus of bowling will be on the shoulders on Mujeeb Ur Rahman, Sunzamul Islam and Abu Hider Rony.

The climate is expected to be sunny, as the temperature is likely to be around 24 degrees Celsius throughout the day. There are no chances of rain and moderate humidity during the course of play.