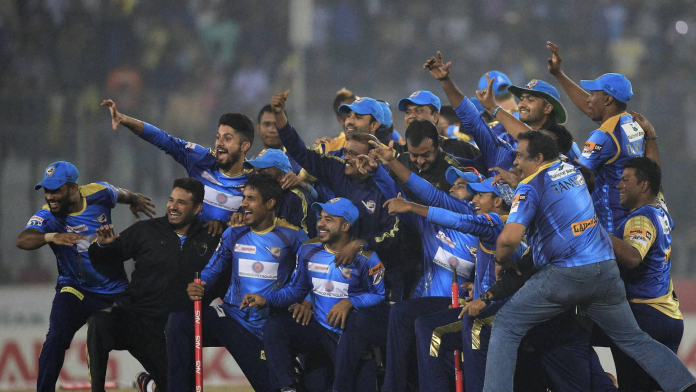 The sixth edition of the Bangladesh Premier League is all set to begin from January 5, 2019, in Bangladesh. The game has been a huge success since it was introduced and now, the 2018-19 edition of the league will comprise of a total of 46 T20 games that will be played at different cities.

The tournament will have 7 different city teams competing with each other to excel the game & register the victory title under their name. The 7 city teams to compete in the league are Dhaka Dynamites, Chittagong Vikings, Rangpur Riders, Comilla Victorians, Khulna Titans, Rajshahi Kings, and Sylhet Sixers.

All the seven teams will face other twice in a double round-robin pattern in the League Stage of the tournament before they move to the Play-off stage comprising of Eliminators, Qualifiers and the Final match.

As per the news doing the rounds this season of the league will witness the inclusion of two new players: Liton Das and Mustafizur Rahman. On the other hand, taking after the 2018 Ball Tampering Scandal, the Bangladesh Cricket Board, initially, refused to let Steve Smith play in the tournament. However, after a thorough thought process, the decision was overturned by BCB, and thus, we will get to see Steve Smith playing the game.

As for the collaboration and sponsoring of the tournament is considered, the league will be broadcasted by Gazi TV along with six other licensees: Star Gold – Sky 729 and Virgin 801 (UK), Hotstar live stream (USA, UK and Canada), Geo TV (Pakistan), SportsMax (Caribbean Islands) and Maasranga Television (Bangladesh). Also, MyTeam11 Fantasy Sports Pvt. Ltd. has joined the tournament as the official ‘Broadcast Co-presenting Sponsor’ of Bangladesh Premier League and thus, will be playing a crucial role in the presenting of the tournament.

We strive to witness a lot of thrill, excitement and a crazy game amid the Bangladesh Premier League. Let’s see what happens when the tournament goes live tomorrow. If you wish to stay updated with the recent happenings of the sports world, then keep watching this space.