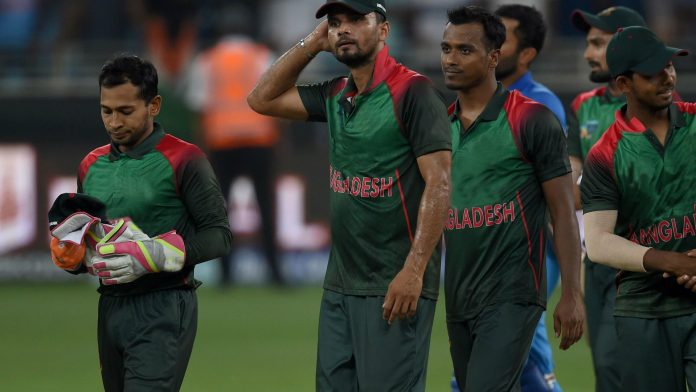 A gunman today, opened fire at a mosque in New Zealand killing over 40 worshipers. Bangladesh Cricket Board spokesman, Jalal Yunus had confirmed that the team members escaped the attack unharmed as the firing started just before the players were about to go inside the mosque to offer Friday prayers. BCB also confirmed that the players safely returned to the team hotel after this incident.

Talking about the effect of this attack on the team, Yunus said, "They are safe, but they are mentally shocked. We have asked the team to stay confined in the hotel." Confirming the safe arrival of team members at the hotel, BCB tweeted, "All members of the Bangladesh Cricket Team in Christchurch, New Zealand, are safely back in the hotel following the incident of shooting in the city. The Bangladesh Cricket Board (BCB) is in constant contact with the players and team management.”

Bangladesh’s opening batsman Tamim Iqbal too shared his horrific experience on Twitter, “Entire team got saved from active shooters!!! Frightening experience and please keep us in your prayers."

A live Video footage is widely being circulated on social media, apparently taken by the gunman, showing him driving to one mosque, entering it and shooting randomly at people inside. Local media reported multiple casualties in this attack.

Mazhar Uddin, a reporter for Bangladesh's Daily Star who is traveling with the team, said they were informed a shooting was going on when they arrived at Christchurch's Masjid Al Noor. He reported, "The distraught Bangladesh players got inside a bus and laid down on the floor after the warning."

New Zealand's Prime Minister, Jacinda Ardern condemned the attack, calling it "an extraordinary act of unprecedented violence" in her tweet.

New Zealand Cricket said that they would be "working with the authorities on the next steps regarding" the third Test scheduled to begin from Saturday. "Our thoughts are with everyone in Christchurch. We can confirm that both teams and support staff groups are safe and accounted for. We will be working with authorities on the next steps regarding tomorrow’s scheduled Test. @BCBtigers," NZC tweeted.