Bangladesh Cricket Board Bows Down to Team’s Demands 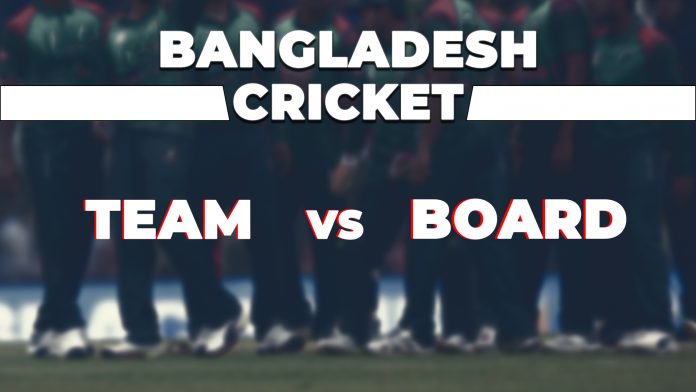 Ahead of Bangladesh’s tour to India, which is scheduled to begin from November 3, the news of Bangladeshi Cricketers ending their strike against the Bangladesh Cricket Board comes as a relief to many.

Everything started when the players put forth an 11-points demand list in front of the board, refusing to play until the demands met. The news of calling the strike off came after the Bangladesh Cricket Board agreed to meet most of the demands put front by the cricketers, which even included a pay-rise for domestic class cricketers in Bangladesh. The strike seemed to adversely affect Bangladesh’s upcoming tour to India, which comprises of 3 T20Is and 2 Tests, and thus, the board agreed to look after the demands of the cricketers.

After the strike was called-off on late Wednesday, the Test & T20 captain of Bangladesh Cricket Team took to media and said, "The talk was successful. The BCB (Bangladesh Cricket Board) president and directors, who were here, heard our demand, and they assured us they would meet them at the quickest possible time.”

"Based on their (BCB's) assurance our first-class players will start playing from Saturday, and our national team players will join the camp (for India tour) from October 25,” he further added to his statement.

On the other hand, to resolve the issue, BCB President Nazmul Hassan Papon arranged an emergency meeting with the players. In the meeting, he said that the board does not have any problems with whatever the players want and shall comply with the same.

“We have no problem to comply with what the players want. Apart from two demands, we have accepted all nine demands," Nazmul told the media.