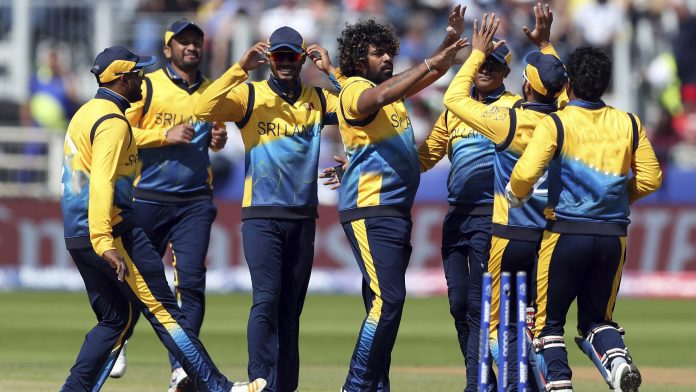 With the World Cup 2019 coming to an end, most of the teams are playing their hearts out to make their way to the semi-finals. The same happened in the 39th match of the ongoing World Cup where Sri Lanka kept their hopes alive for the playoffs after registering a close victory by 23 runs against the Windies.

West Indies skipper, Jason Holder won the toss and elected to bowl first. But the decision didn’t work in his favor as Sri Lankan opener Dimuth Karunaratne and Kusal Perera added 93 runs in the first 15 overs. After this sensational partnership, it was the turn for middle-order Sri Lankan batsmen to capitalize on the start and take the team to a big total. The same happened when Avishka Fernando took on Windies bowling attack and scored his maiden World Cup century with the help of nine fours and two sixes. Apart from him, Kusal Mendis(39), Angelo Mathews(26) and Lahiru Thirimanne(45*) helped the team to reach 338 runs in their 50 overs.

Reacting to the chase, the top four West Indies batsmen went to the pavilion at the score of 84 runs only. After this initial loss, only Nicholas Pooran and Fabian Allen showed good effort to take the team to the victory but failed to do that. Nicholas Pooran played a sensational knock of 118 runs while Fabian Allen looked good for his 32 balls 52 runs. In the end, it was Sri Lankan bowlers who held their nerves and bowled tight lengths; hence, stopping the Caribbean giants at 315 runs.

Although even after win in the next match Sri Lanka might not qualify but in sports anything can happen. So, Dimuth Karunaratne led side will be hoping to give their best in the match against India.

Avishka Fernando was named as ‘Player of the Match’ for his 104 runs knock.