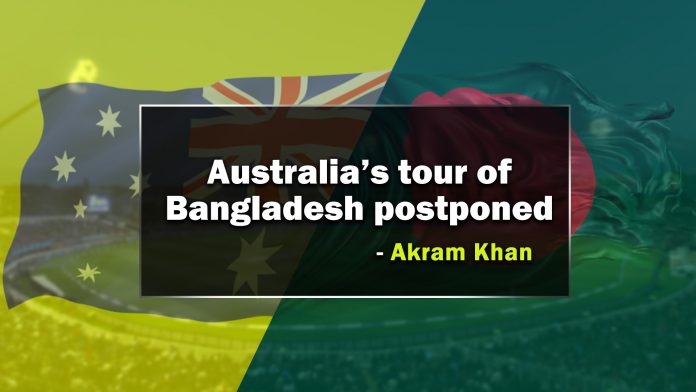 Bangladesh Cricket Board (BCB) on Monday announced that the upcoming two-match Test series between Bangladesh and  Australia has been postponed and now it will take place in June-July 2020. Previously, the series was scheduled on February next year but after the consent of both the boards the decision was made.

"According to the FTP, we were supposed to host two Tests in February, but now the Test series will be played in June-July 2020," BCB cricket operations chairman Akram Khan told reporters.

Meanwhile, BCB Chairman Akram Khan also confirmed that T20I series between Bangladesh and Australia which was slated to take place next month, i.e., October has also been rescheduled. It will now take place in 2021. The eighth edition of T20 World Cup will also take place in 2021, so the series is going to prove beneficial for both the teams ahead of the mega event.

"Initially we were expecting to host Australia for a two-match Twenty20 International series in October, but now they have agreed to play three T20 internationals, and it will be played ahead of the World T20 in India, though we are yet to finalize the date," Akram said