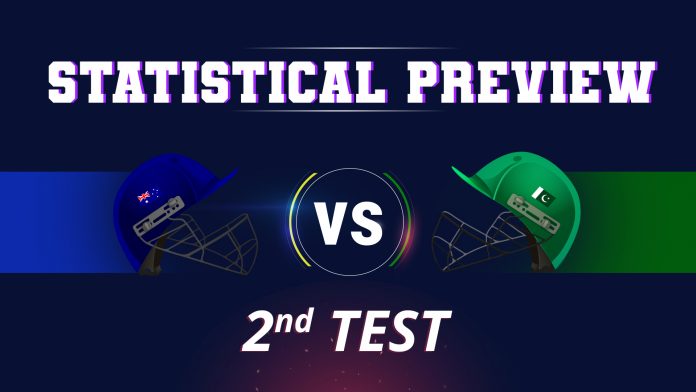 Australia and Pakistan are all set to greet each other on the field for the second Test of the series, scheduled to be held on November 29 at Adelaide Oval, Adelaide. The live-action will begin at 9:00 AM IST.  It will be second day-night Test played between the two teams, the first being played in the year 2016.

Australia is known for its hold over the Pink Ball as they have managed to win all the 5 Pink Ball Test matches, they have played. Thus, the upcoming game shall be an interesting encounter for the fans. After a terrific performance from Babar Azam and young debutant Naseem Shah, the game has managed to keep the spectators glued to the TV screens. We believe that we might get to witness some stat changes in the upcoming game including stats like:

6 – Australia has played 5 day-night test matches from 2015 to present. The team has managed to emerge victorious on all the 5 occasions to remain unbeaten in the Pink Ball Test match till now. The upcoming match will be the 6th day-night test for Australia and 2nd between Pakistan and Australia as the teams have previously met each other for a Pink Ball Test in 2016.

23 – Australia’s one of the most prominent batsmen, Steve Smith is just 23 runs away from achieving the feat of 7000 Test runs. If the player manages to score 23 runs across the next five innings, then he’ll become the fastest player to score 7000 test runs.

74.90 – Another star player from Australia, David Warner, is known to have scored 749 runs against Pakistan at an average of 74.90. The player managed to score the total in just 6 Tests scoring 4 centuries and 2 half-centuries.

19.19 – Josh Hazlewood has turned out to be quite an efficient Australian bowler against Pakistan. The player has managed to pick 21 wickets in 4 Tests against Pakistan at an average of 19.19.

13 – Pakistan hasn’t won any of the last 13 Test matches they have played against Australia in Australia. The upcoming will be the 14th match of Pakistan, and if the visitors manage to win, it will be their 14th consecutive defeat.

2 – Australian bowler Pat Cummins is just 2 wickets away from completing his tally of picking 50 Test wickets in the calendar year 2019.

18 – Pakistan batsman Azhar Ali needs to score only 18 runs more to complete his total of 1000 Test runs against Australia.