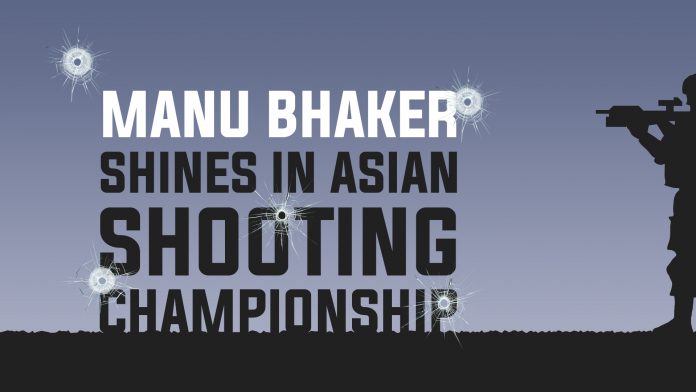 Bhaker shot 244.3 to win the Gold in the event. She had already secured an Olympic quota at the Munich World Cup in May 2020. Qian Wang and Ranxin Jiang from China won the silver and bronze medal respectively in the event.

Coming from a small village of the Jhajjar district of Haryana, Bhaker rose to fame by becoming the youngest Indian to win a gold medal at the world cup. At the age of 16, Manu became the first shooter from India and the first female athlete from India to grab a Gold medal at the Youth Olympics games.

Deepak is the 10th Indian shooter to secure Olympic quota.The other Indian competing in the event, Yashaswini Singh Deshwal finished sixth in the final and Annu Raj Singh settled for a 20th place finish.

The Indian trio claimed the bronze with a total of 1731, behind Korea and China respectively.