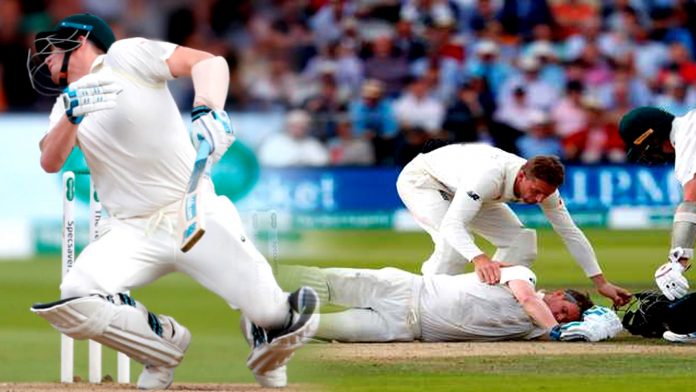 The body blow forced Smith to retire hurt while batting at 80. After a concussion test, Smith, however, returned in less than an hour to take the crease even as a section of the English crowd booed the batsman.

The former skipper was eventually dismissed when he shouldered arms to a straight ball from Chris Woakes, just eight runs short of a century. Smith is in doubt for the remaining Ashes Tests too, with Tim Paine's side leading the five-match series 1-0 after their 251-run win in the first Test at Edgbaston.

Interestingly, Smith's unavailability led to Marnus Labuschagne, being the player now tipped to be part of the XI in Leeds, becoming Test cricket's first-ever concussion substitute. This remains to be seen how Aussies will play in the absence of star batsman.