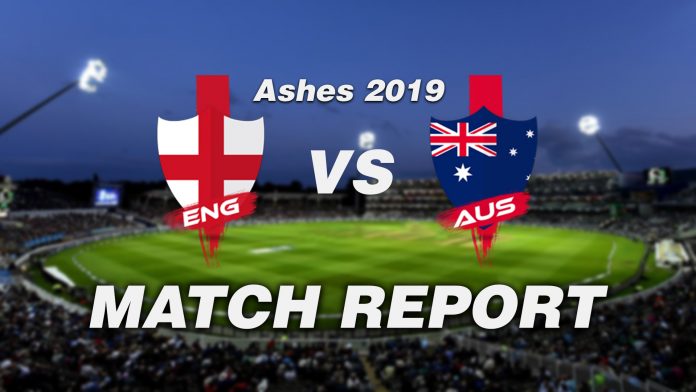 Jofra Archer's 6/62 coupled with the fifties from Joe Denly and Ben Stokes helped England to square the five-match Ashes Test series against Australia 2-2. Earlier on Sunday, the English lower order failed to show any resistance as they failed to get their lead past the 400-mark, setting a 399-run target for their opponents. It was always going to be a titanic task to get so many runs in the fourth innings and the top order collapse didn’t help the Aussies by any means.

David Warner, who performed extensively well in the 2019 Indian Premier League (IPL) and World Cup looked all over the place in the longest format of the game – getting dismissed by Stuart Broad on eight out of ten occasions in series. The batsman wasn't quite in there which made Australian batting order to expose on several occasions with Marcus and Steve Smith finding their feet moving in the middle earlier than expected in almost every game they played in series.

Much to the disappointment of the Aussie fans, Steve Smith‘s dream run in England ended with 774 runs, with the 30-year-old accumulating his only score less than 50 in this innings. A short-pitched delivery from Broad on his shoulders got manoeuvred straight to the leg-slip, where Ben Stokes’s safe hands removed Smith for 23.

At 85/4, Mitchell Marsh and Matthew Wade came to Australia’s temporary rescue. The duo fought hard to sail against the wind, yet managed to score at a decent rate. They stitched a 63-run partnership for the 5th wicket, with Marsh contributing 24 runs. Their time together at the crease came to an end with the all-rounder giving away his wicket to Joe Root.

Wade completed his half-century in the company of his skipper Tim Paine and also kept the scoring rate running. Once the latter was dismissed, the Australian tail couldn't survive England's lethal bowling attack.

However, in this process, Wade who was included as proper batsman into the team – went onto score his fourth Test ton – second of this series to become the third most successful batsman for Australia this series. In the end, the urn still remains with Australia.